Rukhmabai’s contributions in the areas of medicine and social justice formed the foundation of the subsequent Indian feminist movements.

Colonial India witnessed the rise of social reformers from various parts of the country. While most of us are aware of the works of the prominent male socio-religious reformers like Raja Rammohan Roy, the contributions of the female reformers, at a time when Indian society was still at odds with the concept of women’s rights and liberty, need to be highlighted.

One such female social-reformer that deserves mention is Rukhmabai. Born on November 22, 1864, in Mumbai, Rukhmabai went on to become the first practising female doctor in British India. Apart from breaking the glass ceiling in the field of medicine, she became a major force against child marriage and other social evils in India.

Married off at the age of eleven, Rukhmabai continued to stay with her parents and prioritized her education. Her bold refusal to stay with her husband even after almost a decade of marriage resulted in the landmark case of the Dadaji Bhikaji vs Rukhmabai case, 1885. Bhikaji, her husband, demanded the ‘restitution of conjugal rights’. During this time, Rukhmabai wrote articles against infant marriage and forced widowhood under the pseudonym of ‘A Hindu Lady’ which were published in Times of India. In one of her widely read letters, she expressed, “The wicked practice of child marriage has destroyed the happiness of my life. It comes between me and the things I prize above all others – study and mental cultivation. Without the least fault of mine, I am doomed to seclusion; every aspiration of mine to rise above my ignorant sisters is looked down upon with suspicion and is interpreted in the most uncharitable manner.”

Subsequently, Justice Robert Hill Pinhey ruled in favour of Rukhmabai and observed that since she was married off in ‘helpless infancy’, she cannot be coerced into cohabiting with Bhikaji. He expressed, “it would be a barbarous, a cruel, a revolting thing to do to compel a young lady, under those circumstances, to go to a man whom she dislikes, in order that he may cohabit with her against her will, and I am of opinion that neither the law nor the practice of our Courts either justified my malting such an order or even justifies the plaintiff in maintaining the present suit.” He also included a crucial clarification by noting, “It is a misnomer to call this a suit for the restitution of conjugal rights. When a married couple, after cohabitation separate and live apart, either of them can bring a suit against the other for the restitution of conjugal rights according to the practice in England, and according to the later practice of the Courts in India. But the present suit is not of that character.” He further highlighted that the practice of allowing suits for the restitution of conjugal rights originated in England and was transplanted from England into India; it had no foundation in Hindu law. The judgement drew flak from staunch Hindu conservatives for undermining their religious customs. Bal Gangadhar Tilak criticized Justice Pinhey for his inability to understand the spirit of Hindu laws.

While the wrangling over Hindu traditions and women’s autonomy continued, the final judgement of the retrial in 1887 compelled Rukhmabai to choose between either living with Bhikaji or facing imprisonment for six months. Her unrelenting resolve made her choose incarceration. However, the matter came to rest when Queen Victoria responded to Rukhmabai’s appeal by dissolving her marriage. Rukhmabai’s fight for justice set the ball rolling for a greater public discourse on women’s rights and liberty, resulting in but not limited to the Age of Consent Act, 1891 which raised the age of consent for sexual intercourse for all girls, married or unmarried, from ten to twelve years.

Her career in the field of medicine kicked off when she moved to London to pursue a degree in medicine from the University of London. Rukhmabai making her way into the medical profession caused ripples in India where women’s education and equal status to men were frowned upon and proved to be an exemplary act in England where women were discouraged from obtaining degrees. Instead of settling in London and leading a comfortable personal and professional life, she chose to return to India to serve as a medical practitioner. She recognized the perilous state of women’s healthcare in India. The lack of women medical practitioners and health awareness in the country further deterred women to seek medical help from a man at that time. Rukhmabai served as the chief medical officer for almost thirty-five years in Surat and Rajkot.

During this long period of unwavering service, she continued to voice her concerns against social evils like child marriage and the prevalent practice of ‘purdah’. Some of her published works include ‘Indian Child Marriage (an Appeal to the British Government)’ and ‘Purdah – the Need for its Abolition’. Her work and personal life stood as a bulwark against unjust social practices inherent in the Hindu Law and customs because of which she unabatedly found herself to be disdained and outcasted by Indian society, especially by Hindu nationalists like Tilak and his followers. She passed away at the age of ninety-one while battling lung cancer.

Rukhmabai’s contributions in the areas of medicine and social justice formed the foundation of the subsequent Indian feminist movements. Her refusal to stay in wedlock triggered crucial debates and public discourse around women’s autonomy within. Her unrelenting spirit to prioritize her education and express her opinions unabashedly in a deeply patriarchal nineteenth-century colonial India is laudable. 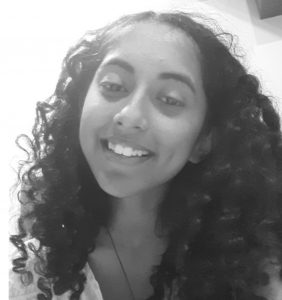