The Comman Man and the Judiciary 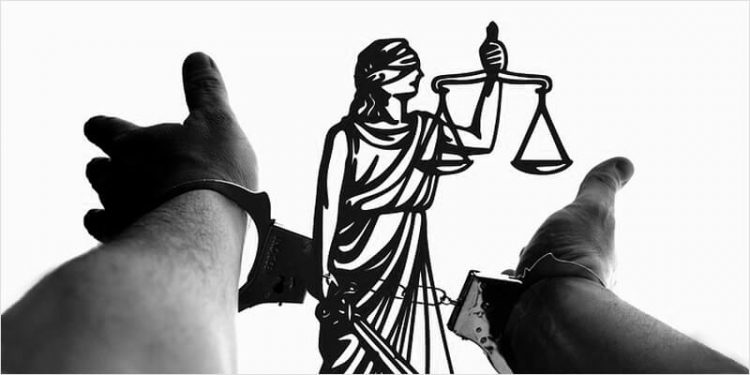 The following article was written by Lionel Fernandes and  published in the October 1990 issue of the Freedom First Magazine.  The author highlighted the common perception about the judiciary and the need for making it accessible as well as intelligible to the needs of the common man.

The Judiciary, like most other institutions in our great Indian democracy, is in a not too healthy shape these days. At the best of times, the common man is overawed by its forbidding remoteness, its quaint, if solemn, procedures, its archaic language, its imposing buildings, its time – and money – consuming style of functioning. When to these are added charges of graft among the very dispensers of justice, the alienation of the common man is complete. This unfortunately is the phenomenon we seem to be witnessing today.

Are We Equal under the Law?

Not so long ago, the Supreme Court, the apex body of the Judiciary, held a special sitting on a sunday, to hear the Reliance case. Would this same Supreme Court ever hold a similar sitting for a commoner with little or no socio-economic-political clout? Here is a glaring illustration of how equal we all are under the Law and how even handedly justice is dispensed and is seen to be dispensed! The common man seldom features in the judicial scheme of things, platitudes to the contrary notwithstanding. The proof of the pudding is in the eating.

When things become unpalatable to the common man, they are sought to bee rationalized, given some sort of mystic significance, or simply juggled away by the powers that be. Where the judiciary is concerned, he is told that for justice to be adequately done and to be perceived to be adequately done, time and due process are essential. Time, yes, but how much time? A decade or two? Due process, yes, but how long drawn out and convoluted is this process supposed to be? The Rule of Law is endowed with some mystic attributes to duly impress the hoi polloi. But does the rule of law mean the same thing as the law of rules? Does it mean that substance is to be drowned in form, basic issues shrouded in technical detail, or values obfuscated in procedural points? Does it mean that the actual dispensing of justice should take a back seat while the centre-stage is occupied by all manner of legal filibustering, albeit often brilliantly indulged in?

The common man has on occasion seen for himself in open court how lawyers argue out their cases before the honourable judges. He is often dismayed by the airs put on by these legal worthies, even as he is baffled by their legal jargon and miffed by the pomposity and thinly veiled arrogance of many of the black-coated practitioners of the law. There is of course no case for tarring all with the same brush. Yet it must be realized that a ‘critical mass’ is enough for affecting the functioning of the whole.

The common man is bothered by certain questions. If he is involved in a dispute or has a grievance, can he spontaneously turn to the judiciary for redressal? Does he instinctively feel like doing so? Or does he recoil? Does he have the confidence that he will be given a fair and expeditious hearing and that he can hope for justice in a substantial and not merely formal sense? The gut-level reaction of the man is the true barometer of faith in the judiciary. It would be both interesting and instructive to sound out the common man, preferably in his unguarded moments, as to how he feels about the role of the judiciary in civil society generally. It is not what the framers of the Constitution deemed the Judiciary to be as much as what the common man perceives about its actual operation that will determine the existential role that the Judiciary will play in civic life. If justice is mostly priced out of the reach of the common man, the Judiciary will be an institution meant for the uncommon man exclusively, whatever the Constitutional document might say.

To understand the psychology of the common man is not all that difficult. One has only to do a little bit of introspection and frank talking, while exchanging notes with other common folk. Such an approach might very well reveal the following attitudinal profile of the common man vis-a-vis the Judiciary. He feels that something like a judiciary is certainly called for in any civilized society. There must evidently exist an institution whereby wrongs and offences are kept in check, rights are protected and grievances redressed. The only alternative to the Rule of Law is the law of the jungle. He therefore instinctively accepts the role of arbitration and adjudication in community life. But at the same time he feels that the agency entrusted with this role, whatever be the name it is known by, must be accessible to him and congenial and germane enough to avail himself of its services. He does not react favourably to an institution that is cold and heartless, distant and forbidding, though it may be argued here that justice must of its very nature be distant enough to be neutral and dispassionate enough to be objective. And the fear of the Law might be the beginning of wisdom!

The common man cannot be enthusiastic about approaching a court of law when he has to run a veritable gauntlet of procedures that mean so much time, money and heightened anxiety in the present, while an elusive justice may or may not be his lot in the indefinite future. And when the statistics of cases pending in the various courts all over the country stare him in the face, and he has to resign himself to the possibility of ‘justice’ being finally done to him some ten to fifteen years hence, his enthusiasm for this type of justice is effectively stifled.

Histories, as well as contemporary experience, reveal the record of courts of law as a mixed one. It is a mixed one on many counts. In the first place, how many wrongs escape the attention of the courts as against those the courts take cognizance of? And of those that the courts are seized of, how many are set right in good time? And how many are relegated to the limbo of oblivion and inaction? Secondly, what types of cases are mostly taken up in right earnest by the courts and with regard to which type of clientele? ln other words, what proportion of cases relate to matters entailing substantial sums of money (which therefore can be pursued only by the better-off sections of society) as against cases involving fundamental rights and questions of redistributive justice (which concern the common man properly so called)? Thirdly, what is the time lag on an average between admission of a case in a court of law and its final disposal, quite apart from the provision for appeal against lower level judicial decisions to higher level tribunals, with the further delay that such appeals entail? Fourthly, how much of judicial time is taken up in legal quibbling and casuistic hairsplitting as opposed to substantive decisions involving normative and value-based considerations? Fifthly, is there any proportion between the amount of paper work involved in the judicial process and the judicial output in terms of the contribution made by the judiciary towards creating a more just and equitable social order in which the common man can truly live with dignity?

To each of the above questions, a positive as well as a negative answer can be given, and it is possible for one minded to glean facts and figures to buttress arguments on either side of the divide, which precisely goes to prove that the judicial record is a mixed one.

To read the full article, please visit page number 21 on this link