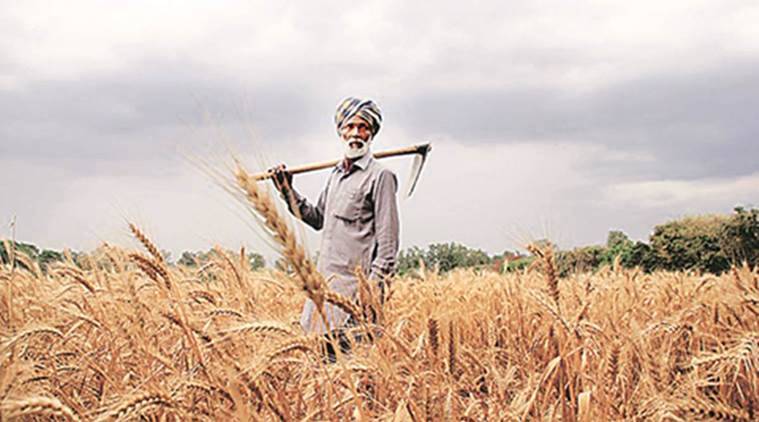 The following is an excerpt from a booklet titled ‘A Viable Agriculture Policy for Sustained Growth’ published by the Forum of Free Enterprise and authored by S.S. Tarapore. The booklet was published on September 2012 wherein the author highlights the need for freer import-export market, agricultural productivity coupled with rural infrastructure, and the challenge of migration to cities.  He further talks about the need for a consistent and coherent agriculture policy to tackle these challenges.

The share of agriculture and allied activities in India’s GDP has fallen from 28.4 per cent during the decade ended 1999-2000 to 19.4 per cent during the decade ended 2009-10; furthermore, the share declined to 14.4 per cent in 2010-11. The falling share of agriculture is by itself not a cause of concern; in fact it conforms to the experience of a number of countries during the development stage. What is of concern is that while the share of agriculture and allied activities is only 14.4 per cent of GDP, 70 per cent of the population lives in rural areas. The present sectoral distribution of income triggers migration from rural to urban areas, particularly metropolitan cities, and despite efforts to improve urban infrastructure, urban areas are unable to cope with the migration resulting in the emergence of urban slums. With the crude birth rate per thousand of population at 23.7 in rural areas and 18 in urban areas, the problem of massive migration is likely to increase in the ensuing few years unless effective measures are taken to generate more activity in rural areas. Allowing the pace of rural-urban migration to continue or even accelerate would result in a breakdown of urban infrastructure. Given the political economy of India, prohibiting migration would unleash severe social explosion.

Planners hope that agriculture will grow at 4 per cent per annum while overall growth will be 9 per cent; this implies an automatic reduction in the share of agriculture and allied activities in GDP which, in turn, will trigger massive migration to urban areas. Thus, a major plank of macroeconomic policy has to be to reverse, or at least slow down, the decline of the share of agriculture in GDP. A viable agricultural policy must be put in place in order to make growth sustainable. Some elements of such a policy are outlined below.

lndia has, since 1990-91, consciously moved away from micro-managing the economy. Yet, commodity exports are punctuated with bouts of bans on exports alternating with massive gluts requiring sporadic exports. Exports are treated as a safety valve to reduce pressure points in the economy, lndia cannot become a significant commodity exporter if its policy is one of sporadic export whenever there are surpluses. Bans and prohibitions are meant to be used in very exceptional circumstances and not imposed routinely. There is an erroneous belief that an export ban is the answer to inflation and permitting exports is a panacea for falling prices.

lndia has a long history of being a sugar exporter, but our share in global markets is small as we are an unpredictable supplier and hence we do not have a niche market. In cotton, it is hardly surprising that foreign importers are turning towards more reliable sources. It is stultifying that the cotton export policy is reviewed every fortnight. Again, in the case of onions the minimum export price is periodically scrapped and then reintroduced. For many years lndia has had a chronic shortage of rice but with the mountain of public sector foodgrains stocks, lndia has temporarily become the world’s largest exporter of rice. Such flip-flop policies discourage producers from an enduring augmentation of supplies. There is need to restrict bans or prohibition of exports only to items injurious to health. There should be legislation to ensure that bans or prohibition on exports which are normally traded in international markets do not become the norm, and legislation should make routine bans and prohibitions subject to strict scrutiny.

Deal with the Foodgrain Mountain

Ashok Gulati, Chairman of the Commission on Agricultural Costs and Prices (CACP) in a seminal article in the Economic Times dated 10 May 2012 has candidly stated that by June 2012 public sector stocks of foodgrains would have exceeded 75 million tonnes but covered storage capacity is only around 50 million tonnes. Hence, there is need for urgent action to contain the colossal damage. Notwithstanding all possible measures, the government has to recognise that there will be a loss of at least 10 million tonnes of foodgrain by way of damaged stocks. Understandably, the authorities cannot acknowledge such an eventuality.

The foodgrain mountain is not something that has suddenly emerged; it has been in the making for the past five years. It is both a success story as well as a failure. It is a success story in that there has been sustained growth in the marketable surplus of major foodgrains, but the failure is of not being able to evolve policies to bring about a better balance between commodities in excess supply and those reflecting shortages. In a sense, the authorities are trapped in a political-economic-social imbroglio. The incentives to increase marketable surplus of rice and wheat have created strong vested interests and any attempts to change the system will result in major upheaval. The system of fixing the procurement price based on costs of inputs has worked well in the past but now needs an overhaul.

It would appear that it is too late now to take corrective action in the current financial year and the country needs to face up to a major loss as stocks turn into a waste heap. The least that should be done is to alter policies which will obviate repeated episodes of large losses. In the absence of a long-term sustainable policy, immediate measures are at best second best solutions, but are necessary for quick results:

First, the carrying cost of foodgrains by way of storage costs, interest costs and damage through open storage could be so high that it might be better to export even at prices 20 to 25 per cent below the minimum support price. Export markets are not easy to come by and, as stated earlier, the government should totally eschew export bans or controls.

Third, leap-frogging bonuses by state governments are not desirable but this is not a new phenomenon. In the 1980s, various facilities were withdrawn from state; which offered bonuses above the minimum support price. It may be necessary in the present context to take strong measures to discourage states from offering bonuses above the minimum support price.

Fourth, incentives could be provided during periods of excessive public sector foodgrains stock by effective incentives being provided for keeping the land fallow or diverting to crops which are in short supply. Over the years, USA has used a system of “parity” between incentives for keeping land fallow and the price at which the government has bought commodities to augment stocks.

For the past sixty years we have been waxing eloquent about all that has been done to lift the disadvantaged out of dire poverty, yet the numbers give a different story. In a country like India, where major protein intake is by way of pulses, it is shameful that per capita daily net availability of pulses has fallen from 69 grams per day in 1961 to 31.6 grams in 2010. It is true that production in 2010-11 rose sharply to 18 million tonnes, but will predictably fall back to 14-15 million tonnes in the ensuing few years. Pulses are grown by marginal farmers in arid areas and as such any sustained increase in production is unlikely.

Another area where there is chronic shortage is vegetable oils. Here again, there is a major deficiency of policy as India is chronically dependent on imports. The recent increases in the minimum support prices for pulses and oilseeds is a salutary measure. The shortage of these two commodities is so acute that serious consideration should be given to reducing foodgrain subsidy, by say 10 per cent, and diverting these resources to subsidise pulses and oilseeds. This will provide a strong stimulus to step up domestic production of these two commodities.

Selective Corporatisation of the Agricultural Sector

Corporatisation of select agricultural commodities was seriously mooted as far back as 1974 when Hindustan Lever came up with a proposal of oil palm plantations in the Andaman Islands. Predictably, when the proposal was put before the Union Cabinet, it was peremptorily shot down as we could not countenance foreign companies entering the agricultural sector. Years later, in the 1980s, when India was expending foreign exchange to import large quantities of vegetable oils, the then Prime Minister lndira Gandhi said, “We did some funny things, didn’t we?” Today’s technology enables the desert to bloom and lndia needs to give serious thought to corporatising agriculture on presently uncultivated government land which could be leased out to corporates for producing pulses and oilseeds. The matter is of great urgency as the per capita consumption of the masses is coming down sharply.

With limitations on returns to production of traditional foodgrains and long-established cash crops there is scope to promote livestock, fisheries, forestry, horticulture and floriculture. Rural poverty is less where farmers concentrate on livestock. Future agricultural growth will have to be necessarily water-centric and lack of accelerating agricultural growth is because of inadequate attention to watershed development.~ Developing activities allied to agriculture should hopefully raise per capita incomes in rural areas. And as rural infrastructure improves, there will be less of an incentive to move from rural areas to urban slums.

India has great aspirations of becoming a leader in the comity of nations. But a prerequisite for this grand design will be to fix our woes. Unfortunately, the more we talk about an egalitarian and just society, the more callous we become when it comes to tackling the major problems facing the economy. We take great pride in the fact that almost two-thirds of our GDP is accounted for by services while agriculture accounts for only 15 per cent of GDP. With our obsessive focus on overall growth of the economy rising from the current 7 per cent to 9 per cent per annum, with visions of an eventual sustained growth of 10 per cent, we seem to be welcoming an inevitable shrinkage in the share of agriculture in overall GDP. But the economy will not be viable if the share of agriculture in overall GDP continues to fall while 70 per cent of the population lives in rural areas. There is no way urban areas can absorb massive migration from rural areas. Thus, the only option is to successfully implement a viable agriculture policy. If we are fixated on the view that industry and services will (and need to) grow more rapidly than agriculture, then we are resigning ourselves to accepting that abject poverty will never be alleviated. Such a scenario cannot but be disquieting.