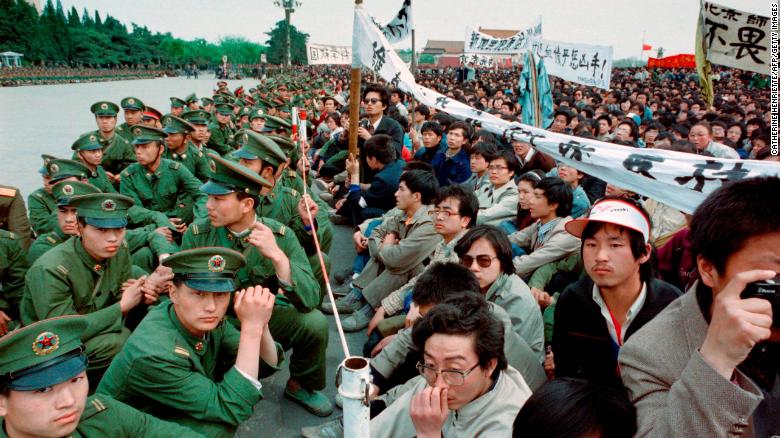 We posed a question in an earlier issue of Freedom First: “Is the Soviet ideology really changing?” China, at least, has answered in the negative and proved beyond all reasonable doubt that once communists gain control of a country they will never let go. lt is as simple as that. If it was not so, why would the demand for democracy incur the wrath and vengeance of the peoples’ democrats?

Barry Posen, a scholar of International Politics, has recently argued about the peace dividend of the pandemic as nations would emerge out of the lockdown considerably weaker. However, China’s dealings in the South China Sea, Hong Kong, and with India and Australia show a revisionist power asserting its authority. China’s bullying behavior abroad mirrors its authoritarian conduct at home, seen in the suppression of democracy, human rights violations, and treatment of the minorities. Recently in Hong Kong, the pro-China regime has disallowed the memorial gathering to commemorate the Tiananmen massacre, not to mention the imposition of national security law.

The Tiananmen Square massacre was the Chinese government crackdown over the pro-democracy protests in 1989. The crackdown led to the estimated death of around 10,000 peaceful, non-violent, and mostly young student protestors. The army ran tanks over the crowd to turn the bodies into ‘pie’, hosed the remains down the drain, bayoneted the wounded girls to death, and shot civilians for target practice.

Freedom First’s SV Raju wrote a critical editorial over the incident in the July-September, 1989 issue. Even today, Raju’s arguments have resonance for liberals. While Raju and other liberals cheered Deng Xiaoping for introducing economic reforms which turned China capitalist in all but name, he also made it clear that political liberty and democracy were non-negotiable. Raju also discussed the geopolitical dimension of the global response to the incident, denunciation of the massacre by radical leftists, support to the Chinese authoritarianism by the CPI (M), and the persistent colonization of Tibet. Today, in Raju’s affirmation of ‘Bread with Freedom’ lies the lesson for liberals in India and elsewhere not to trade political liberty for economic freedom.

In Communist China, Mao’s heirs have, by their brutal suppression of a movement for more freedom and democracy, proved that power indeed grows from the barrel of a gun. The naive who are inclined to take the democratic professions of the commissar at face value, need to think again – Poland, Hungary or Gorbachev notwithstanding.

We posed a question in an earlier issue of Freedom First: “Is the Soviet ideology really changing?” China, at least, has answered in the negative and proved beyond all reasonable doubt that once communists gain control of a country they will never let go. lt is as simple as that. If it was not so, why would the demand for democracy incur the wrath and vengeance of the peoples’ democrats?

Freedom First holds firm its belief that while a market economy is the only sensible and pragmatic policy that can promote the prosperity of a people it cannot be divorced from the society where the citizen dictates not only what shall be produced but also who shall rule him. lt can never be Bread or Freedom. tt must always be Bread and Freedom.

The Marxist-Leninists (our very own Naxalites) are right when they denounce both Deng and his cohorts (who they describe as ‘Capitalist-Roaders’) on the one hand and ‘Western Capitalists’ on the other, for the suppression of the movement for democracy. For our Naxalites the students’ movement is a revolt against the new economic policy of the Chinese Communist gerontocracy while we view it as a genuine people’s movement that proves that four decades of totalitarian rule has not suppressed a people’s desire to breathe freely the air of freedom and liberty.

Western nations including the United States have been pulling their punches because trade is at stake. The Chinese market is so big, so inviting, so profitable! The villain of the piece is Japan which is actively campaigning, particularly with the United States, not to take harsh steps or act in anger. Truly have the Japanese taken over the British mantle of being ‘shopkeepers to the world’.

And so we agree, for different reasons with the Marxist-Leninists when they point out that while “Capitalist Roader” Deng was warmly applauded by the West for his opening up the market to them he is found wanting because of the suppression of the movement for democracy. Free trade and commerce are important but never at the cost of human dignity and individual liberty. Herein lies the contradiction and the dilemma for the West.

And while on this subject let us not forget that other fight for freedom in Lhasa where martial law was declared much before it was imposed in Beijing and where thousands have perished at the hands of Chinese imperialist bullets.

The Office of Information and International Relations at Dharamsala in Himachal Pradesh issued a press statement on May 20. The statement drew attention to a resolution adopted by the Tibetan National Assembly in May calling on the Chinese authorities to lift Martial Law in Lhasa.

“China’s sinister objective of reducing the Tibetan people into a minority in our own land is being implemented through an alarming demographic aggression. Today there are over seven million Chinese immigrants in Tibet – far outnumbering the six million and more Tibetans.

“Since 1959 over 1.2 million Tibetans have died as a direct result of Chinese domination over Tibet. Over 6000 monasteries, temples and chapels have been destroyed and desecrated.

“There are fresh reports of heavy military build-up and troop movements inside Tibet in recent months – somewhat like a preparation for war.

“Chinese prisons in and around Lhasa are becoming overcrowded. All prisons in Lhasa are filled with Tibetans who took part in the March 1989 anti-Chinese demonstrations. Due to shortage of space, a large number of prisoners are kept in the Sangyip military barracks. This has been revealed by a number of Tibetans who have recently arrived in Kathmandu.

Is it any surprising that the Chinese colonisers have now turned on their own people?

Not surprisingly our Swadeshi Stalinists (the comrades would consider this a compliment) have not surprisingly supported the massacre of the innocents at Tiananmen Square and praised the People’s Liberation Army for their ‘heroism’ in killing unarmed men and women.

And how has the Government of India reacted? Our Prime Minister says: “We have every indication that reports coming from China are not 100 per cent accurate. We would like to evaluate what the reality is before we say” (Indian Express, June 16). Presumably he is waiting for a Xinhua report channelled, no doubt, through the PIB, AIR and Doordarshan -all outstanding specimen of credibility!

How many more should die or be executed before “the reality” is “evaluated”?

The original text can be accessed here.

IndianLiberals.in is an online library of all Indian liberal writings, lectures and other materials in English and other Indian regional languages. The material that has been collected so far contains liberal commentary dating from the early 19th century till the present. The portal helps preserve an often unknown but very rich Indian liberal tradition and explain the relevance of the writings in today’s context.