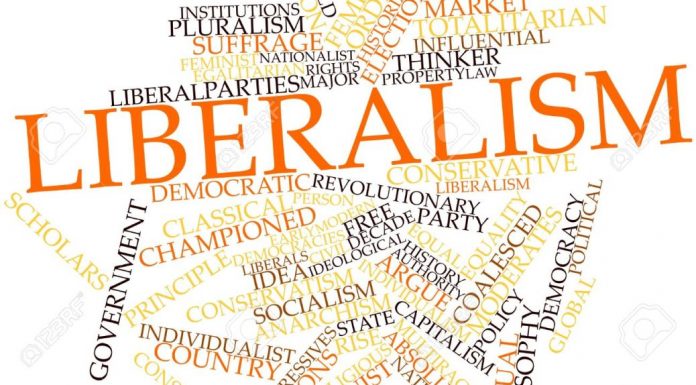 The following piece is an excerpt from Sauvik Chakraverti’s book titled ‘Natural Order : Essays Exploring Civil Government and Rule of Law’. The author discusses the contrasting understanding between democracy and liberalism by quoting the works of prominent classical liberal thinkers such as Hayek. The insights offered in this work are timeless for conversations surrounding democracy and liberalism.

Since I may have lit a fire in the minds of many an aspiring liberal politician – which was my intention – I will conclude with some sobering thoughts on the essential contradictions between the liberal project and that of democracy. The two are not identical. This is the prime reason why even the so-called ‘liberal democracies’ of the West seem more like ‘socialist democracies’. Indeed, social democrats in the USA call themselves ‘liberal’! It seems to me that it is vital that the differences between the two doctrines be clearly restated. Allow me to quote at some length from Hayek:

“Liberalism is concerned with the functions of government and particularly with the limitation of all its powers. Democracy is concerned with the question of who is to direct government. Liberalism requires that all power, and therefore also that of the majority, be limited. Democracy came to regard current majority opinion as the only criterion of the legitimacy of the powers of government. The difference between the two principles stands out most clearly if we consider their opposites: with democracy it is authoritarian government; with liberalism it is totalitarianism. Neither of the two systems necessarily excludes the opposite of the other: a democracy may well wield totalitarian powers, and it is at least conceivable that an authoritarian government might act on liberal principles.

Liberalism is thus incompatible with unlimited democracy, just as it is incompatible with all other forms of unlimited government. It presupposes the limitation of the powers even of the representatives of the majority by requiring a commitment to principles either explicitly laid down in a constitution or accepted by general opinion as to effectively confine legislation.

Thus, though the consistent application of liberal principles leads to democracy, democracy will preserve liberalism only if, and so long as, the majority refrains from using its powers to confer on its supporters special advantages which cannot be similarly offered to all citizens. This might be achieved in a representative assembly whose powers were confined to passing laws in the sense of general rules of just conduct, on which agreement among a majority is likely to exist. But it is most  unlikely in an assembly which habitually directs the specific measures of government. In such a representative assembly, which combines true legislative and governmental powers, and which is therefore in the exercise of the latter not limited by rules that it cannot alter, the majority is not likely to be based on true agreement on principles, but will probably consist of coalitions of various organized interests which will mutually concede to each other special advantages. Where, as is almost inevitable in a representative body with unlimited powers, decisions are arrived at by a bartering of special benefits to the different groups, and where the formation of a majority capable of governing depends on such bartering, it is indeed almost inconceivable that these powers will be used only in the true general interests.

But while for these reasons it seems almost certain that unlimited democracy will abandon liberal principles in favour of discriminatory measures benefiting the various groups supporting the majority, it is also doubtful whether in the long run democracy can preserve itself if it abandons liberal principles. If government assumes tasks which are too extensive and complex to be effectively guided by majority decisions, it seems inevitable that effective powers will devolve to a bureaucratic apparatus increasingly independent of democratic control. It is therefore not unlikely that the abandonment of liberalism by democracy will in the long run also lead to the disappearance of democracy. There can, in particular, be little doubt that the kind of directed economy towards which democracy seems to be tending requires for its effective conduct a government with authoritarian powers.”

In the very next essay, “Whither Democracy?”, Hayek is mercifully much less polite. Starting off saying that ‘unlimited democracy is the problem of today’ he adds that the idea of a ‘sovereign’ parliament has ‘destroyed the old idea of the Rule of Law’: that is, the traditional idea of a ‘government under law’ has been lost. What we have, therefore, ‘is in truth lawless government’. Let us recall what the purpose of the ‘Rule of Law’ is: and that is, to safeguard individual freedom. The idea was to restrict coercion only towards just ends, which means obedience to the general rules of individual conduct. In these lies the ‘common will’.

“What makes a community is the common recognition of the same rules.” With unlimited – and therefore lawless – democracy, we have confused legislation with true law. These measures passed by a legislature reflect ‘particular wills’. The original purpose of summoning parliament in England was to vote on taxation. But, over time, this body took over two separate functions: the running of the government as well as the making of the law. Hayek says that it would have been preferable had the House of Lords (which was the highest court in the land) kept the development of the law to itself: “The triumphant claim of the British Parliament to have become sovereign, and so able to govern subject to no law, may prove to have been the death-knell of both individual freedom and democracy.”

But there is worse: in a strictly limited democracy, the people vote for a limited legislator, and this amounts to ‘choosing between alternative ways of securing an overall order resulting from the decisions of free individuals’. However, voting for an unlimited legislator is very different, for it amounts to electing someone with the power to confer special benefits. In such an assembly, a majority can be formed only by ‘buying the support of numerous special interests’.

In an omnipotent assembly, decisions therefore rest on a sanctioned process of blackmail and corruption…. What we call ‘legislatures’ are in fact bodies continually deciding on particular measures, and are authorizing coercion for their execution, on which no genuine agreement among the majority exists, but for which the support of a majority has been obtained by deals. In an omnipotent assembly which is concerned mainly with particulars and not with principles, majorities are therefore not based on agreement of opinions, but are formed by aggregations of special interests mutually assisting each other…. The picture of the majority of such an assembly united by common moral convictions evaluating the merits of the claims of particular groups is of course a fantasy. It is a majority only because it has pledged itself not to a principle but to satisfying particular claims. An unlimited legislature which is not prevented by convention or constitutional provisions from decreeing aimed and discretionary measures of coercion, such as tariffs or taxes or subsidies, cannot avoid acting in such an unprincipled manner…. What happens is that political necessity created by the existing institutional set-up produces non-viable or even destructive moral beliefs…. [This…] is not democracy. At least it is not that ideal of democracy which has any moral justification.”

Prior to this demolition of modern Western democracy, Hayek makes a confession that I wholeheartedly share:

It must not be forgotten that India is possessed of a ‘socialist democracy’ – and that never once during her 60-year long independence has ‘liberalism’ ever been on the political agenda. Indeed, the Representation of the People Act expressly disallows the formation of liberal parties: that is, those who will not swear by socialism and the socialist constitution. The Bombay-based Indian Liberal Group led by SV Raju filed a petition against this Act in 1994, but their PIL is yet to be heard! Raju recently wrote that one of his close associates died waiting for a judicial decision, and that the same fate is likely to befall him!

The liberal politician in India must therefore lean more towards the liberal project than the democratic one. The objective must not be to win elections – we are effectively barred anyway; rather, the effort must be towards raising the people to demand a limitation of the powers of government, on its taxation, and on its functions. The goal must be individual liberty under the rule of law – which demands that the government be placed under legal restraints which it cannot alter. It has often been said that liberalism only happens ‘when the government is bound by a law that it did not legislate’. That should be the liberal goal. And towards that end all liberal politics should be directed. As Herbert Spencer wrote in 1884, “The function of Liberalism in the past was that of putting a limit to the powers of kings. The function of true Liberalism in the future will be that of putting a limit to the power of Parliaments.”