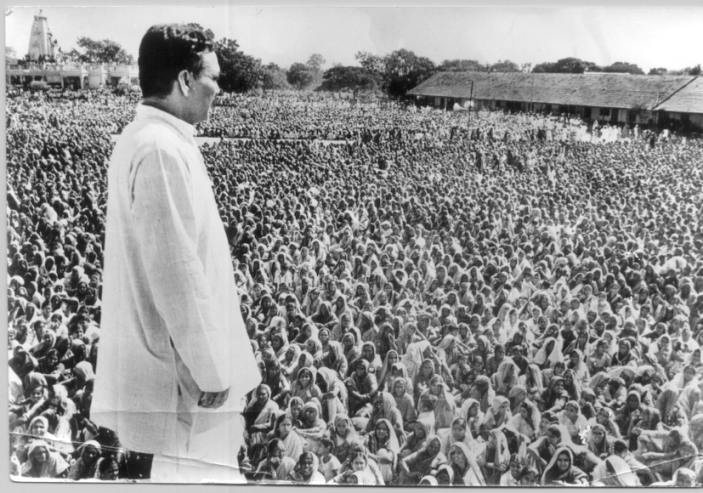 The following is an article published in the June 2007 edition of the Freedom First magazine. Mr. Sharad Joshi, in this piece titled ‘Farmers Need Freedom, Not a Guardian Angel’, wrote about the need to free farmers from the shackles of all sorts of bureaucracy. While reflecting upon the developments during that time, he brought forth farmers’ issues which have plagued India’s republic since a long time but never understood as part of the problem.

A senior member from the treasury benches of India’s Parliament has proposed the establishment of an autonomous board for ensuring remunerative prices for the agricultural produce of farmers through fixation of minimum support prices; compulsory purchase of the produce by governmental agencies and compulsory market intervention by such governmental agencies in cases of bumper crops.

This concern for the farmer is to be appreciated. The question is, is establishing one more comprehensive and potent authority for carrying out the work, at present entrusted to the Commission for Agricultural Costs and Prices (CACP), the Food Corporation of India (FCI), The National Agricultural Federation (NAFED) and the large number of state bodies, the right direction for improving the situation of our farmers?

So far, the Central government has been trying to attribute the epidemic of suicides by farmers to water scarcity, lack of credit, high cost of production, low productivity of agriculture, smaller holdings and lack of extension services. A seditious attempt has also been made to put the blame on a general failure in their social moral standards. Some state governments have even tried to organise programmes with the help of some venerable spiritual gurus to contain the epidemic of suicides.

Given this background, it is indeed commendable that a prominent member of the treasury benches of the House is admitting that low prices are the main culprit. He ought to be further complimented for admitting the under-remunerative nets of the prices obtained by the farmers at present. The remarkable thing is that the author proposes an authority whose job will be to fix prices that will cover the ‘costs of production’ as opposed to ‘index based prices’ proposed by some of the economists or ‘income assurance plans’ of the type resorted to in countries like the United States of America or ‘blue box’ schemes of the type resorted to in various countries. All these alternative schemes involved massive bureaucratic machinery and intervention that is unlikely to work with any chances of success in a country like India. The proposed board is not supposed to try and bring down the prices of agricultural inputs as an alternative method of making agriculture a remunerative vocation.

It is rather unfortunate that the contemplated board will be given a mandate to calculate the remunerative prices practically by the same methodology that is deployed by the CACP for some years now. The author, evidently, is unaware that the basic methodology for calculating the cost of production by the CACP itself is full of holes and the method of collecting cost data from the sample fields and working out some kind of a statistical average thereof brings out costs of various elements that do not relate to any living farm.  That is the reason why the old Agriculture Prices Commission (APC) had calculated for the year 1976-77 Rs. 0.01 as the cost of pesticide per hectare of wheat in Punjab. It is the averaging method, which is responsible for numerous cases of contradictions. The cost of manure was calculated at Rs. 1.27 per quintal in the year 1997-78. Curiously enough, the cost for the same thing was even lower in 1980-81 (Rs.1.14 per quintal). The examples of this kind can be multiplied till the cows come home. The irrigation cost per hectare was calculated at Rs. 181.45 in 1916-17. This could not have met even the electricity charges of it too well. Surprisingly, the same cost is shown to have drastically gone down to a bare Rs. 70.86 in 1980-81.

To one’s surprise, the cost estimates of the state committees that calculate the costs of production in their states are around 20 per cent higher than the costs computed by the CACP. If agriculture is a state subject, it is difficult to understand why the calculation of costs is not left entirely to the state governments. Further, farmers have been demanding that the CACP switchover to the “synthetic model method” which gives structured costs that are logically linked with each other and correspond to real situations in the field.

Coming from a distinguished member of the treasury benches of the House, one could not have expected a confession that successive post-independence governments have been deliberately trying to depress agricultural prices in order to provide a fillip to industry moved by the kind of economic theory that prompted Stalin to send tanks against kulaks in Russia. That is the reason why those who moved the idea of establishing a new authority are, at the same time, supporting the government’s plan to put a ban on the futures market for wheat and paddy and backing the government’s moves to keep private traders out of the wheat market in order to provide a clear field for the benefit of the Food Corporation of India.

The basic question is, do we need to have elaborate machinery that is even more complex than the existing one for calculating remunerative prices, ensuring procurement and the operation of minimum support prices mechanism in order to ensure that the farmer gets the price that covers, at least, his cost of production? The price that a producer gets in a free-market must cover his cost. Why then have elaborate bureaucratic mechanisms for this simple task? If the government scraps the Essential Commodities Act that puts restrictions on storage, transport, processing and export of agricultural commodities, the farmer will automatically get a price that covers his cost of production.

lnformation Technology (IT) has now opened up before the farmers two possibilities. Before IT he could not take advantage of the much higher prices that, he knew, would invariably come within the two months of the harvest, because he had no waiting capacity. The farmer was not able to get the advantage of higher prices prevailing at distant places because he had no capacity to transport his produce there. The advent of IT and the futures markets have made it possible for the farmers to add time and space utilities without having to move in time or space. It is rather unfortunate that the government has moved in with clay to block this escape route for the farmers. The government forgets that no prison walls have ever succeeded in containing the spirit of freedom. The farmers in Punjab and Haryana have already provided this by refusing to give their wheat to the Food Corporation of India.

Meanwhile anti-farmer forces will try to create the illusion that not freedom but a more benevolent and efficient State authority will improve the lot of the farmers.

The original article can be accessed here.