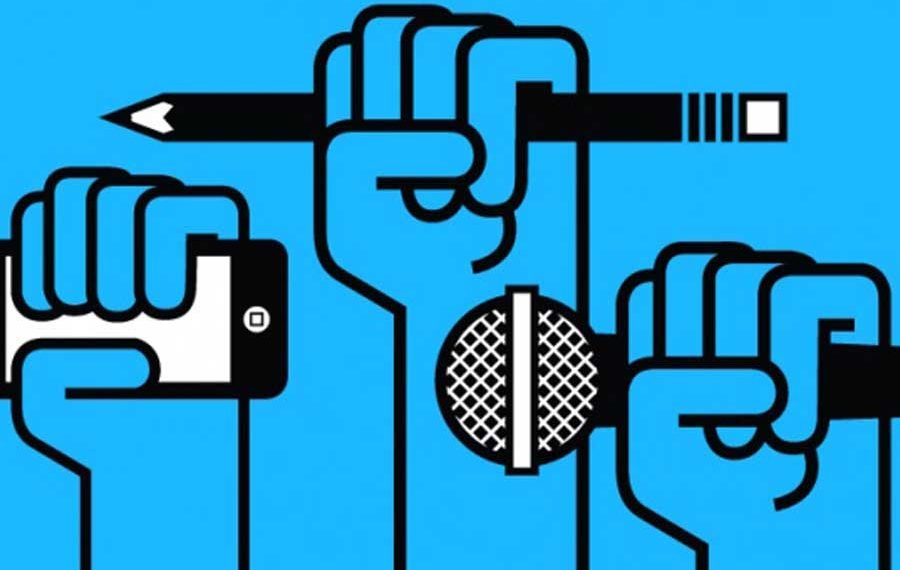 The following is an article written by T.V. Subba Rao and  published in the January 1954 issue of the Freedom First Magazine. The author talks about freedom, restraint and the false notions of prudery and decency. The article emphasizes the importance of free expression, a topic relevant for all ages and all times.

The most potent force that has influenced the conduct of man both in his individual and social aspect is love of freedom. Since absolute freedom can only spell anarchy leading to its entire suppression, man has had to submit to restraint to preserve at least a fair measure of it. All the struggles of society are to be attributed to the disturbance of the balance of these forces. In their perfect harmonisation lies the maximum amount of liberty consistent with order and security. Unqualified freedom is unthinkable in practical life. When the spirit of radicalism grows ever-strong there is always- a reaction in favour of conservatism. Again, when in any sphere of human activity traditionalism is found to express the creative urge, the desire for self-expression bursts forth from the dead weiqht of oppressive incrustations and shines resplendent in all its glory. Thus does the Time-spirit fulfil itself in the progress towards a higher perfection.

The greatest masters of Religion and Art have been rebels against degenerate obscurantism. The teaching of the Buddha was a protest against rituals and ceremonies that were bereft of humanity. Shakespeare broke the conventions of his age to give the world the finest verse, dramatic form and characterisation which to this day remain unsurpassed. The great sculptors and painters of the west were equally heroic in the freedom of choice of form and colour which have stood the test of centuries, Kalidasa was a great romanticist who pleaded with his audiences not to reject a work merely because it was new. The enrichment of the world of culture has been more the contribution of the unbound spirit than of traditionalism.

In the realm of Carnatic music Tyagaraja stands as thc supreme embodiment of the spirit of freedom and self-expression. In his compositions are to be found the marvellous elements of beauty undreamt of in the preceding ages, The progressive development of his contribution is well based on the solid foundation of the great traditions which reach back to the Vedic ages. His art achieves the finest reconciliation between the forces of liberty and restraint. The Kirtana which is the only type of composition he handled-for he could not conceive of a composition not dedicated directly or indirectly to God-becomes so elastic in his hands that every type of composition like the Gita, Varna, Pada, Javali etc., is presented under the apparent form of Kirtana.

It was his genius that transformed the recitative music of compositions into Manodharma Sangita with all the freedom and beauty of improvisation. The infusion of Sangatis into the Kirtana was a revolution which though now familiar to us, was yet a phenomenon which took his contemporaries by storm. It was perhaps the greatest event in the history of Carnatic Sangita.

The freedom of his creative spirit finds most emphatic expression in the new modes aud melodies of his invention. They possess ineffable charm and have served vastly to enrich our heritage. Tyagaraja with the possible exception of Purandaradasa is the only composer who his embodied in his songs every variety of human experience. Not content with praise and invocation of the Deity, he not only presents the essence of the great scriptures but exhorts mankind to live a life of truth and beauty, of love and goodness instead of losing the soul in doctrinarian disputation. Composer as he was, he yet played the heroic role of the poet, philosopher and prophet and employed his Kirtanas to convey the most healing message of love and music as easy means of salvation. His spirit of reform was undaunted by the conventions of snobbery. The aesthetic excellence in them is so well suffused with a high moral that to enjoy them is to derive inspiration for a noble life.

It is most remarkable, however that, Tyagaraja’s love of free self expression has its roots in hoary tradition. He pays the sincerest tribute of homage to the great Purvacharyas, divine, semi-divine or human. In the Arabhi Pancharatna one of the attri-butes he gives to Krishna is that he was “Sangita Sampradayakum.” If the composer considered that even the Lord was not exempt from respect for tradition, although He was the fountain of all Knowledge, it may well be imagined how much greater was the need for men to revere the time-honoured usage. Numerous are his pieces which stress the benefit to be derived from the counsels of wise and sage-like men. Enduku Peddala, Buddhiradu, Guruleka and Vidulaku are some of the songs that voice his reverence for the elders. Tyagaraia’s career is a shining example of the heroic spirit, of the creative urge sobered by the ripe experience of a rich tradition. In him was the perfect reconciliation of the opposite elements of liberty and restraint.

It is perhaps that great form of musical beauty which we call the Raga, exclusive creation of the genius of Indian Music that reveals the co-existence of vast liberty of improvisation by creating talent with numerous restraints that maintain the individuality, form and complexion of the melody. It affords unlimited scope for self-expression. Yet, it is governed by the laws relative to the application of scales, notes, tones, graces, and traditional usages and rhythm that serve to maintain the unmistakable identity of the mode. The alap is the highest form of self-expression. To super – musicians, the alap has attractions which compositions do not possess. In the Raga the freedom of creation reaches the utmost limit in art.

The spirit of freedom is apt to suffer restraints from sources alien to the art itself. The interference may come from false notions of prudery and decency as well as from politics, race, community and language. Time was when the Padas of Kshetragna, Astapadis of Jayadeva and Javalis of certain composers were banned as tending to debase morals. Uninformed public opinion condemned Bharatnatya as obscene and voluptuous. Happily it has, thanks to the efforts and propaganda of institutions like the Music Academy, now veered round to a just appreciation of an art which is both drisya and sravya. Art is universal and appeals to the heart of man whatever his race, colour or tongue.

Censorship is a restraint upon free expression. If it is necessary evil in any stage of society, the office must be held only by persons of high taste and discernment.