Grievances in and of the Supreme Court 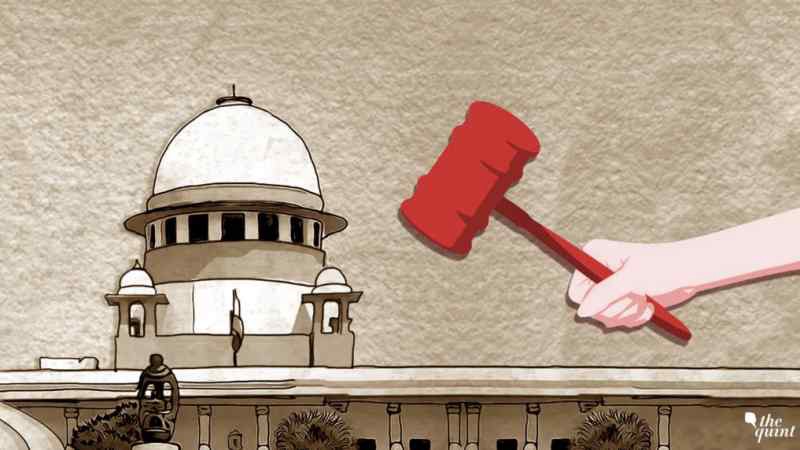 With the four senior judges of the Supreme Court publicly expressing their dissatisfaction with the Chief Justice of India, Vineet Bhalla reflects on the lack of an institutional grievance redressal mechanism in the Judiciary.

On 12 January, four of the senior-most puisne judges of the Supreme Court of India invited a press conference to express their dissatisfaction with the Chief Justice of India (CJI).

Speaking up against the arbitrariness in case allocation, a power exclusive to CJI as master of the roster, in a manner unprecedented in the history of independent India, they left no doubt that there has been a complete breakdown of trust and communication between the CJI and the four judges.

A key takeaway from this fiasco is that there is no institutional mechanism in the judicial system to address the judges’ grievances. This is symptomatic of the larger malaise of lack of accountability within the Indian judiciary, indicated by, among other things, the Supreme Court’s resistance to the application of the Right to Information Act, and being completely opaque about judicial appointments and promotions till October of last year.

It is vital for us to keep in mind that this crisis is as much an indictment of institutional failure within the Supreme Court as it is of the individual occupying the CJI office. That Justice Misra can choose to completely ignore this matter without any ramifications is deeply troubling. Unless the judiciary makes some concerted efforts to whittle down the walls of its closed Big Boys Club (and the reforms need to come from within, since the principles of judicial autonomy effectively insulate it from any outside interference), it could risk losing the exalted status it occupies in the minds of the Indian public.

Currently, the unwritten rules of judicial convention dictate administrative matters in the court, from judicial appointments to setting of the case roster. The first step should be, as suggested by several experts, to put these rules out in the form of a written document to act as an express guide to the Hon’ble Judges of the Supreme Court as well as the public on these matters.

The Supreme Court is far too important an institution to leave its credibility on the conscience of individuals. As doubts arise over the silence of the CJI over the matter, we must all keep this conversation going. What are the different ways in which structural reform can be brought into the workings of the apex court, without imperilling judicial autonomy?

Views expressed are of the author’s, and should not be taken as the stance/opinion of Spontaneous Order or Centre for Civil Society.