Justice H.R. Khanna and the Art of Speaking Truth to Power

“The smallest minority on earth is the individual. Those who deny individual rights cannot claim to be defenders of minorities.”  ― Ayn Rand

“What is the cost of one’s voice – one man’s dissent?” – The life of Hans Raj Khanna depicts utmost courage and the hefty price paid for such courage.

Hans Raj Khanna was born in 1912, in Amritsar, Punjab. He was the son of lawyer and freedom fighter Sarb Dyal Khanna who later took charge as the Mayor of Amritsar. He was an alumnus of the DAV High School, Amritsar, the Hindu College, Amritsar and Khalsa College, Amritsar. Once he completed his Bachelor’s degree in Arts, he went to the Law College, Lahore and pursued his legal education. Post his graduation, he practised law (primarily civil) in Amritsar and grew & maintained his practise until his elevation to the bench in 1952. In September 1971, he was appointed as a Judge at the Supreme Court of India.

Apart from tracing his academic and professional achievements, his contribution to the protection and growth of the Right to Life and Freedom is of grave importance, especially in the contemporary national as well as global context. The Emergency period of 1975 – 1977 is one of the darkest eras of Indian democracy, if not the most. A large number of people had been detained without trial under the regressive Maintenance of Internal Security Act. Several High Courts had given relief to the detainees by accepting their Right to Habeas Corpus as stated in Article 21 of the Indian Constitution. This issue was debated upon in the case of the Additional District Magistrate of Jabalpur v. Shiv Kant Shukla, popularly known as the Habeas Corpus case, which came up for hearing in front of the Supreme Court in December 1975.

Considering the precarious nature of this subject, five of the most senior judges of the Supreme Court of India were appointed to hear this matter. Avoiding technical and legal jargon and flowery wordplay, the crux of the matter to be debated upon was quite simple – Whether the citizens of India have the right to approach the court for the enforcement of their Fundamental Rights during the declaration of Emergency? The Fundamental Right in question was primarily the Right to Life secured under Article 21 of the Indian Constitution.

To a lay man or any man with a reasonable moral compass, it would appear that the Right to Life or his mere existence in safety and freedom should be given most importance. However, au contraire, the learned judges of the Supreme Court had an opposing viewpoint and went about declaring a Judgment to the effect that the Fundamental Rights and their enforcement stand suspended during the time of Emergency. Four of the judges of the Constitution Bench had agreed to this stance and Justice H. R. Khanna was the lone dissenting voice to this opinion.

While giving his dissenting opinion, Justice H.R. Khanna was quite aware of its implications and the lack of enthusiasm of the bench with regard to dissenting opinions. However, he was not ready to sacrifice his opinions for the ‘apparent unanimity’ of the judgment, especially when he had such strong opinions regarding the same. He explained the same in the judgment and stated that –

“I am aware of the desirability of unanimity, if possible. Unanimity obtained without sacrifice of conviction comments the decision to public confidence. Unanimity which is merely formal and which is recorded at the expense of strong conflicting views is not desirable in a court of last resort.……… A dissent in a court of last resort to use his words, is an appeal to the brooding spirit of the law to the intelligence of a future day, when a later decision may possibly correct the error into which the dissenting judge believes the court to have been betrayed.”

Like he mentioned in this judgement, his dissent has made its mark in the history of the judiciary and became a reference point for the judgments to come. In his dissenting opinion in the Judgment, he upheld the values of man’s liberty and how it should be preserved at all costs. In plain terms, the Constitution is to exist for the protection and liberty of a citizen and it should not be used as a tool to deprive a man of his birth rights of Life and Freedom. This can be understood as a rather morally upright and simple reasoning for this matter of grave importance.

Contrary of the pleadings of the Attorney General, Justice H. R. Khanna was of the opinion that Article 21 should not be the sole guardian or enforcer for rights of an individual. He was a scholar of the school of natural rights and went on, in the judgment, to elaborate upon how the rights of an individual exist in a free world. In a vacuum, devoid of law and state mechanism, the individuals are still entitled to basic natural rights to live in peace and prosperity. Therefore, he was of the view that the Right to Life existed freely in a civil society and was not an additional benefit or safeguard provided by the Constitution or the State. The Constitution merely upholds the already existing rights and provides a thorough framework to ensure each individual access to his freedoms and rights in case of deprivation.

The Constitution of India does not explicitly mention the term Natural Rights. The bench recognised that the Fundamental Rights ensured in the Constitution is nothing but the natural rights. The following excerpt was taken from the conclusions made by Justice H. R. Khanna–

(1) Article 21 cannot be considered to be the sole repository of the right to life and personal liberty.

(2) Even in the absence of article 21 in the Constitution, the State has got no power to deprive a person of his life or personal liberty without the authority of law. The essential postulate and basic assumption of the rule of law in every civilised society.

The conclusion emphasizes that the Right to Life and Liberty is the forerunner to the Constitution in itself. The Constitutional provisions are mere safeguards and facilitators for these existing natural rights and thus, the state mechanism cannot use the same to deprive man of these basic natural rights – as one does not have the authority to take away something that was not his to give in the first place.

The Constitution should not take away the rights of man and his redressal mechanisms to regain his rights. The due process of law is not something to be taken lightly. The law does provide for Preventive Detention in matters of internal security and for the prevention of unlawful activities. However, preventive detention can also be challenged in a court of law as there exists provisions for the same. The due process of law exists to make sure that there is no misuse of powers and Justice H. R. Khanna was adamant on his stand that the majority opinion stifles the Right to Life and Freedom of man and furthermore disregards the due process of law. He believed their interpretation to be flawed and detrimental to liberal values. And thus, even today, his dissenting opinion is an important text in the judicial history of India and as well as in the context of the development of individual liberty in India.

The Constitution of India provides for a system of Separation of Powers, where there exists an independent Executive, Judiciary and Legislature. These three organisations are to function independent of each other with utmost good faith so as to uphold the values of Democracy. However, what followed this judgement was a rather dismal turn of events. Due to the pressure from the Executive, contrary to the usual practice of appointing the most senior Judge of the Supreme Court as the Chief Justice of India, Justice H.R. Khanna was surpassed by Justice M.H. Beg as the Chief Justice of India. It was intended as a blow to him for his dissenting opinion on the matter.

He promptly handed over his resignation and left the office in great dignity following this matter. Furthermore, once Former Prime Minister Mrs. Indira Gandhi lost the election of 1977, the newly victorious Janata Party offered him the position of the Head of the Commission of Inquiry against the illegal imposition of the Emergency and the various atrocities committed under the garb of the same. However, he courteously refused the position as he felt that he would appear to be biased against the Former Prime Minister Mrs. Indira Gandhi.

In my personal opinion, this truly depicts the sheer grace and high moral standards of H. R. Khanna. Even though he was in the right, the man truly followed the first principle of Natural Justice which states that no man shall be the judge of his own cause.

With reference to the words of eminent philosopher and writer Ayn Rand, H. R. Khanna was able to be the defender of the smallest minority of the world i.e., an individual, during one of the darkest days of Indian Democracy, where the letter of the law was sharpened against any voice that spoke against the State.

Thus, Justice H.R. Khanna deserves his own niche and spotlight in the history of the growth of liberalism in the Indian context. He pushed forth the values of liberty in a time where it was being muffled by the State, and that too, at the cost of a glorious career. His rigid stand in what he believed and grace in self conduct make him a hero the contemporary world deserves more to know about. 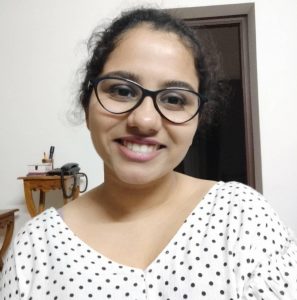 Neethika is an undergraduate student of law at the National University of Advanced Legal Studies (NUALS), Cochin.  She is an aspiring corporate lawyer and with regard to activities beyond academics, she volunteers with student organisations like Students For Liberty and AIESEC as she believes that coordinated action goes a long way in making this world a better place. She takes a keen interest in liberalism as a discipline of study and that is what drew her towards working with the Indian Liberals Project.