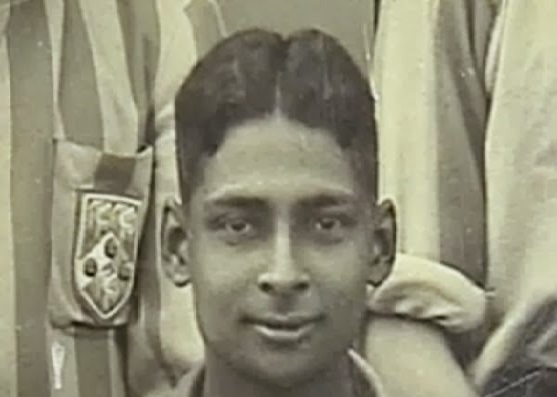 In the pre-independence era, two editors left an indelible mark on Indian journalism. Both of them were Bengalis. While one has been described as the father of Indian journalism, the other was a crusading commentator on events of his time. Ramachandra Chatterjee was the editor of The Modern Review (1907-1965) while Harish Chandra Mukherjee of Hindu Patriot (1853-84).

Starting his career with writing bills, letters, petitions, and translating Bengali documents to English, he rose to the highest position an Indian could aspire for in those times – that of an assistant military auditor. In 1852 he joined the British India Association – becoming a man proficient in politics, leadership, history, and law.

Harishchandra’s political and social views found expression in Hindu Patriot – an English weekly published under the proprietorship of Madhusudhan Roy, a Burrabazar banker. By 1856, he became the in-charge of writing and editing, coming forth nightly in support of Ishwar Chandra Vidyasagar who had launched a movement for introduction of remarriage for Hindu widows. For Harishchandra, politics and journalism were inseparable.

Through his writings he fought against the onslaught on women, both as economic agents and as people. He wrote against the oppression of indigo planters, leading to the appointment of a commission of enquiry. His active years coincided with a event that is considered by many historians as the first war of independence – the revolt of 1857. Although the British managed to crush the revolt in the end, it was a direct attack on them in which regional rulers got together against foreign rule. They soon realized that in order to govern India, it is necessary to adopt stringent controls which meant liquidation of the East India Company and transference of its functions to the British crown. This led to imposition of direct rule by the British government and the shaping up imperialistic ambitions.

Using principles of natural justice and fairness, Harishchandra sharply criticized the profligate use of Indian resources and indiscriminate practices employed by planters in Bengal. He assisted them, remarking:

“I invariably advised them to apply to the district authorities in the proper form for redress, and to go to the next appellate authority, if they found no redress at the hands of district authorities. I cautioned them against ever committing breaches of the peace, or committing themselves in any manner by acting illegally. I explained to them that the operation of the Act was temporary, and that better measures would be devised next year, when I was sure that they would be free to take or not to take advances. I generally advised them to seek for redress in Civil Courts, a mode of proceedings which I found was much less resorted to, than it should have been.”

It is pertinent to mention here that there were some intellectuals such as Rammohan Roy and Dwarkanath who defended indigo planters as a class of entrepreneurs who wanted to raise the productivity of land and improve the condition of rural populace. Ultimately, Harishchandra’s demand for setting up a commission of enquiry to enquire into the charges levied by ryots against the planters was accepted. With Sector Karr as chairman, the commission found various instances of abuse and prejudiced practices being employed by planters and ordered remedial measures to be adopted.

Some other issues brought forth by the Hindu Patriot were female education and widow remarriage. The columns in the paper supported legalizing widow remarriage and female education – asking people to follow the footsteps of Drinkwater Bethune – the lawyer who started a secular school for females in Calcutta. In those times, female education was seen as antithetical to the religious beliefs of Hindus, particularly Brahmins. While liberals such as Vidyasagar, Harishchandra and Dwarkanath supported it, the orthodox society reacted by saying: “Whatever was left of Kali Yuga (age of darkness), has come.Once the girls get hold of the books, nothing will be left.”

In spite of financial crunches in the late part of the 19th century, Harish Chandra;s paper stood out as a highly influential paper. After his death Kristo Pal became its editor. He avowed British liberalism and offered vigilant criticism of government measures.

Harish Chandra may be remembered as a not so conspicuous contributor to Indian journalism, boldly remarking: “Can a revolution in the Indian Government be authorised by Parliament without consulting the wishes of vast millions of men for whose benefit it is proposed to be made.”