Hauling Down the Angels 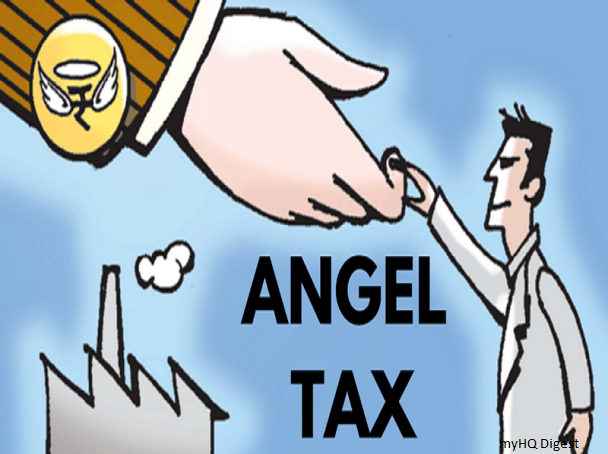 Founders and investors in India have been roiled by the angel tax controversy. Who is responsible for this looming crisis and has the government found ways to address this issue?

In 2016, the newly formed government launched the startup India initiative to nurture innovation and promote startups in the country. This initiative, inter alia, set up a corpus of 10,000 crores for the purpose of funding startups and gave tax exemption on capital gains invested in fund of funds (FOF).

But not all is well in the Indian entrepreneurial story. The central government is facing flak from start-ups for issuing them notices every now and then about something called “Angel Tax”. This tax was introduced in the Union Budget of 2012 by then Finance Minister, Pranab Mukherjee. It refers to income tax payable under section 56 (2) of the Income Tax Act, 1961 payable on capital raised by unlisted companies through the issue of shares where the price of the shares sold is considered exceeding the fair market value of those shares. The difference amount is reckoned as “income from other sources” and taxed at the rate of 30.9%. So a startup receiving equity in excess of its fair value will be taxed. Consider for example Company A whose shares are valued at Rs. 1000 each sells them to an angel investor for Rs. 1500, the difference of Rs. 500 would be treated as income and not as investment.

India being one of the youngest nations in the world, skill development, entrepreneurship and commensurate job creation are vital for harnessing the potential of our youth. With many early stage startups being harrassed on account of raising money, the concerns of budding entrepreneurs and investors (under Section 68 of Income Tax Act, 1961) have resurfaced. This has resulted in 40% reduction in angel investment and seed funding, much to the disappointment of young startups in the country.

Several high profile investors have been vocal about expressing their displeasure with the government over this. In December 2017, former Infosys board member Mohandas Pai tweeted to finance minister Arun Jaitley:

@arunjaitley: Sir Start ups are getting harassed by IT for raising Capital,threatening to consider it as income!very bad scene and very many are angry and upset,may shift overseas.Appeal process broken, takes 15 years. Pl intervene, @OMOIndian @narendramodi @amitabhk87 @rprasad

Why is the Modi Govt blundering on the Start-up economy by recklessly introducing a tax on angel investments?  This will only drive away investments overseas n starve Indian start ups. @NITIAayog  n MoF r failing young entrepreneurs n even killing jobs. @PMOIndia @TVMohandasPai

So why was this tax brought in?

Touted as an anti-abuse measure, angel tax was introduced in 2012 to curb money laundering. The rationale was that grafts and black money could be disguised as angel investment so as to evade taxes.

Although the issue of angel tax has been stewing over among startup founders and angel investors for quite some time, recent trouble erupted in November 2018 when the Ministry of Consumer Affairs (MCA) sent notices to over 2000 startups that had raised money since 2013. In some cases, startups received notices levying taxes amounting to almost 40-50% of the total income raised. After startups, investors started receiving notices, asking them to explain the valuation of the company they had invested in.

Was it an ill-conceived move?

The intention may have been good, but the government was not mindful of the problems that could arise out of it. How does a taxman value a startup? Don’t valuations change quickly with time? Is there a credible formula that can be used to ascertain the fair value of a startup? For startups with little or no revenue and dicey futures, the task of valuation is very tricky and cumbersome. The cost to duplicate method which is often the starting point of valuing startups is not error-free. It uses objective variables, but does not capture intangible assets and therefore does not accurately reflect a startup’s future potential (profits, sales, returns, brand value, etc.)

Another method used is the Discount to Cash Flow method. It involves forecasting the cash flows which the company will generate in future. The trouble here is that it depends overmuch on the analyst’s ability to forecast the future market landscape and make assumptions about how a company will perform in the long run.

Thus, it is extremely difficult to estimate the future value of a company when it is still in its infancy. Well established methods for valuing mature companies do not work in case of startups.

Sources of funding may be unscrupulous in certain cases, but being cynical and disbelieving of the valuations submitted by startups is not conducive to businesses. While speaking at the third edition of the National Entrepreneurship Awards this year, Minister of commerce and industry and civil aviation, Suresh Prabhu stated that the government is completely supportive of entrepreneurs and all possible efforts are being made to solve the regulatory and financing issues for enterprises.

Investors and entrepreneurs are hoping for an instrumental change in the current policies so that the startup ecosystem in the country is promoted for the benefit of all and sundry. There is an impending fear of investors backing out of funding new startups for fear of being caught up in litigations. In an economy that is hardly producing jobs, having a tight bureaucratic structure may not bode well for those wanting to set up their own enterprises. An anti-evasion provision that should punish people who use startups as a way to launder money and turn black money into white is becoming a problem for genuine, honest investors.

After much backlash, the government last week eased the process of startups seeking tax exemption on investments made by angel investors. It notified changes to section 56 of the IT Act for easing startups gain recognition. Startups need to send an application to DIPP which will then be scrutinized by the Central Board of Direct Taxes (CBDT). However, in order to be eligible for exemption, the startups need to fulfil certain criteria. They will be required to furnish bank account details and return of income for the last three years. The exemption limit has been raised to Rs. 50 lakh from the earlier Rs. 25 lakh for financial year preceding the year of investment. Also, the earlier requirement of a startup having to submit a fair value certificate from a merchant banker specifying the fair market value of shares has been done away with.

New and young establishments will shape the growth story of this country. Government initiatives for such as Startup India, Standup India and Skill India will not yield results with rigorous tax laws discourage youngsters from setting up new businesses. The government should revisit the valuation methodology and come up with a balanced policy that does not harass a promising community of startups in this country. With millions of young people joining the labour force every month, stifling entrepreneurship and innovation will be disastrous for one and all.