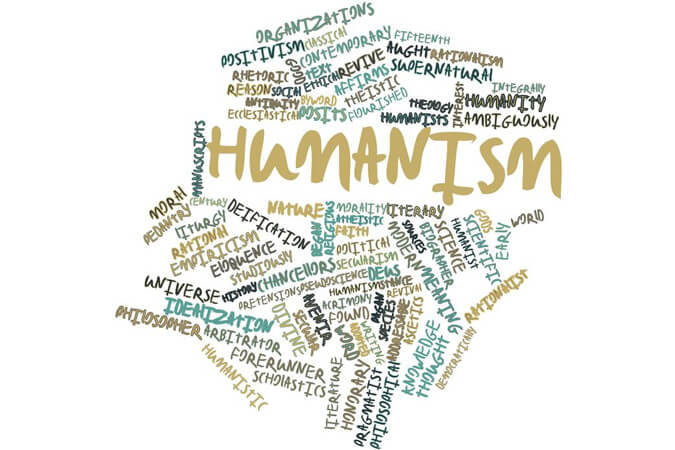 Produced below is a piece published in the February 1961 issue of the Indian Libertarian Magazine. The author Mr. R.C. Traill discusses the origins of humanism and its interplay with religion. He further goes on to explain the way forward for humanist discourse.

Primitive man in tribal society is surrounded on every hand by superstition, and he practices a magical ritual which, ostensibly to him, controls his environment for his benefit. It does not of course have any such effect, but we should not therefore condemn it as useless, while having no objective effect on nature it does have a subjective effect on him and maintains the tribal structure without which he would be just an animal on a level with other animals. The tribe, and the beliefs that hold it together, are all that he has to preserve his human status.As the tribe emerged into a class society, magic and ritual were taken over by the priestly caste, and put to use to maintain their special status. Such a society is well represented by ancient Egypt.

A rational, naturalistic attitude to the world was first developed by the Ionian Greeks; Cornford writes : “The Milesian system pushed back to the very beginning of things the operation of processes as familiar and ordinary as a shower of rain. It made the formation of the world no longer supernatural but a natural event. Thanks to the Ionians, and to no one else, this. has become the universal premise of all modern science. To later Greeks, especially those concerned with. maintaining the structure of the principal City states in Greece proper, based as they were on slavery, such ideas were disruptive, and a theistic view was actively encouraged.

Christianity developed out of Judaism, which had helped the struggle of Jewish nationalism against enslavement by neighboring powers; and carried this struggle forward into the new conditions under the Roman empire, until it was astutely bought out by Constantine. Neither religion contributed appreciably to science, but they did contain important humanitarian ideas otherwise unknown at the time such as the Sabbath day of rest, and the commandment against murder.

In Britain, catholicism, the religious counterpart, companion, and upholder of feudalism, was replaced by militant protestantism, which for centuries rightly regarded catholicism as the enemy of its new-found liberty and individualism. Though modern science was born soon after the rise of protestantism, its real development awaited the rise of industries following the industrial revolution. Rationalism arose at the same time, by making man the centre of interest, it inherited the mantle of humanism, and by using the results of science and criticism as tools it became more firmly established theoretically and can justly lay claim to the title of scientific humanism. This is not to suppose that rationalists as such are scientists, though a large proportion of scientists tend to take up a rationalist position, in their scientific work at least, and very often in their private beliefs.

While the defeat it has suffered in the battle of ideas has caused religion to retreat everywhere, it is still very strong and officially encouraged because it is still needed to give support to powerful people (even our so called secular Federal Government managed to give material aid to the British and Foreign Bible Society by making land available free for its Canberra offices). And seemingly any religion is better for this purpose than none, for the protestant militancy that once defied Rome has given place to a complacent acceptance of the flirtation with Rome by highly placed persons in the state.

What of the future of rationalism, or scientific humanism? We shall continue to affirm the place of man in the centre, not indeed of the universe as in the middle ages, but of our purposes, so that what is of benefit to man on earth will be good to us, and what is of no benefit will be rejected. But we must mean by man not just one class or nation, or even a group of nations, but all human beings on the earth. Before the last century it was possible to maintain that only a few could benefit from the limited resources available, and that the majority must needs go without but with the expansion of economic life brought about by the industrial revolution, and the scientific revolution of today, it becomes more and more apparent that we can extend the world’s benefits to all. This change in outlook made the birth of rationalism possible; and, when we have learned how to complete our new industrial revolution, it will make possible also a true humanism in which each man is really free to develop himself to his own ends.

How such a practical humanism is to be achieved is a political matter, and rationalists will not all agree on the steps we should take. This then must set the boundary to what we, as a movement, can achieve under present conditions, though it need not set a boundary on our discussions. We are however agreed that it must be achieved by the use of rational thought, based on the best available scientific evidence, and free from the shackles of religious prejudice, which, rooted in the past, tries to hold us back in the past, to prevent change, in the interest of this or that group; and to frustrate the expectations of millions in the benefits that science and industry could heap upon us.