A scholar, judge, reformer and liberal, M.G. Ranade played a significant role in dissecting the root causes behind India’s economic stagnation in the second half of the 19th century. This article analyses two speeches by Ranade that outline his vision for wealth creation and economic progress in India.

The latter half of the 19th century was very significant for the growth of Liberalism in India. For the first time census data of a country as vast as India was released. This data revealed unseen patterns and some crucial facts about the country and its economy. The concern of economic decay in the country prompted the intellectuals and businessmen to meet on 8th December 1872, at Phadtare Wada in Pune. The main motivation behind the meeting was to contemplate new ways of creating wealth and a skilled workforce in India. Rao Bahadur M.G. Ranade was invited to discuss the implications of the political condition and the economic policy of the British Indian government. He delivered two speeches in the meeting which saw the attendance of the members of Pune Vyapar Company. The arguments in these speeches were later collated by Vinayak Balkrishna Damle and were verified by Justice Ranade himself. A booklet was published in August 1873 with the title ‘Vyapar Sambandhi Vyakhyane’ which translates to ‘Lectures on Trade’.

In the first speech, Ranade discussed the reasons why the economic condition in India was exacerbating rapidly.  Any thinking mind in India could observe that India had a stagnation of sorts – people around were working hard and urban centres were increasing rapidly, the trade was growing and yet the nation was staggering. Many could see this phenomenon but very few could make a complete sense of it. Mahadeo Govind Ranade belonged to the latter category. He likened this situation to wasting disease. In the first few days and months, one doesn’t realize that he or she is suffering from a fatal disease because it doesn’t show any apparent sign of having swallowed the person. But it keeps on eroding the health of that person from inside. Similarly, the economic condition of India was deteriorating day by day and the people hadn’t yet realised that it was fatal for the nation.

Ranade identified two root causes of this phenomenon. First, at that time India was being governed from London. It wasn’t just his criticism of the British who were governing India, but it was also about the place from where they administered the country. Secondly, India lacked the industries and the means of acquiring the skills and talents necessary for modern industries. India had not been a beneficiary of the industrial age and hence Indians didn’t have the means to gain the skills required to run the industries.

The genius of Ranade lies in the fact that he used data to substantiate his economic arguments. He used ballpark estimates when data wasn’t easily available. He also supported his tentative estimates with reasons sound enough to prove that those estimates were moderate and were unlikely to produce a skewed result. For instance, he calculated and compared the per capita tax levied on the people in the territories and provinces governed by the British. According to him, it was Rupees 9 per person per annum in the British territories. On the other hand, the average tax for the people in princely states was technically higher. He estimated it to be around Rupees 12 per person per annum. This may give an impression that the native kingdoms and princely states were more exploitative. However, Ranade argued that this prima facie evidence about the average tax may be misleading. He provided the following details:

The above-mentioned factors amounted to approximately 10.5 crores and this amount would effectively go to Britain. Around 150000 Europeans were working in India in the military and other bureaucratic positions and there were few traders. They had huge salaries and incomes, the total of which was worth 5.5 crores. This coupled with the previous 10.5 crores would ultimately end up in Britain.

Ranade highlighted that India was sending a tribute worth 16 crores. He further argued that even if things were slightly different – such as if the government was being run from India and if possible, by Indians with the same salaries, a large amount of wealth would remain in India. He elaborates this giving the example of native states. In those princely states no matter how frivolously Indian princes and kings behaved they would still empty their treasures by and large on the native Indians. They might shower their wealth irrationally on the darbaris and dancers, and the prostitutes or priests. The wealth would still be distributed and circulated among Indians. That’s why Ranade opined that the princely states fared well in terms of protecting the Indian resources and wealth.

After he made the point about the tributes being exacted by the British Indian government, he shifted his attention to the question of trade. He once again presented exhaustive data about the nature of India’s trade with the world. It may come as a surprise to many of us that India’s trade hadn’t reduced even when there was a continuous drain of wealth. Ranade established that international trade had risen in volume. The trade was increasing in terms of volume but the problem was that the terms of trade were unfavourable for India. India sent a humongous amount of raw material and imported finished goods of all sorts. These trade policies were formulated by the British government in a way that violated the cardinal principles of economics.

Ranade opined that India should import more than what she exports or she should import at least as much as she exports. This was not happening in the case of India. If India exported materials worth 52 crores she imported products worth 32 crores. The situation had remained constant in the last 20 odd years and he lamented that India was the exception to the general trend in international trade to allow this discrepancy between imports and exports.

He also mentioned that this system had created a situation where Indians were incrementally becoming dependent on imported goods and the Indian artisans and workers were now losing their market to the foreign goods due to artificial conditions.

Ranade further tried to estimate the total savings of Indians based on the collection of income tax and the population in the British territories. According to his calculations around a quarter of the total savings of Indians would go abroad in the form of tribute. He argued that if this money was contained in India, it would have helped a great many people. He compared the situation in India to a vessel with a hole at its bottom. He wanted to convey that a country that regularly loses so much wealth to artificial conditions, cannot become prosperous.  Therefore, he suggested that we couldn’t possibly reinvigorate the economy without bringing about the most fundamental changes in how this country was being governed. There was very little that Indians could do about this political problem.

The drain of wealth in the form of tribute and tax was not the only way the Indian economy was decaying. If the government was guilty of bad policies, the people of India were also guilty, to a lesser extent if not equally, of some irrational behavioural patterns that were costing them a fortune.  Ranade argued that Indians had a propensity to waste around 1/8th of the total savings. Warning people to not consider this as an exaggeration he stated the following sequence of facts.

In other countries, the excess gold and silver would get into transactions and that is how it would quickly become a part of the economy. Whereas in India people made ornaments of all sorts for their wives and kids. This gold or silver would gradually wear off and reduce in quantity. Once the ornaments were made out of these valuable metals, they were hardly useful for the owner. They would be used if the owner suffered from economic difficulty. However, in most cases, these ornaments would just wane. According to Ranade, it was a dangerous and self-defeating practice. Gold and silver worth rupees 7-8 crore were reduced to nothing every year. When added to the aforesaid tribute of 16 crores, this amount was almost tantamount to a sum of 24-25 crores. This was the loss that India incurred regularly.

Ranade proposed a simple but useful solution to increase the possibility of accumulation of wealth in India. He suggested that Indians, at such a juncture, must spend less. He argued for increasing the savings to nullify the effect of the lost 25 crores. He was also clear about how this accumulated wealth was to be used. This capital was to be wisely invested in profit-making businesses. Good returns would create a greater amount of new wealth.

Finally, Ranade warned them against blindly accumulating the money and emphasized why it should be invested and reinvested to create more wealth for one’s own sake and for the nation. Thus Ranade’s solution to the worsening economic condition of India depended on a measured and disciplined frugality and well-thought investment of capital. 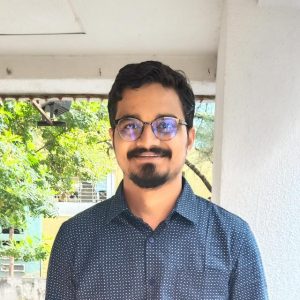