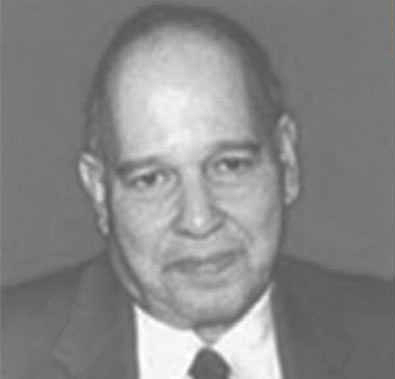 Mangalore Ranga Pai (1931-2003) was born in the town of Manjeshwar in Kerala. He completed his education from the Canara High School and the Government College, Mangalore. He graduated from the prestigious Presidency College, Chennai with a BA (Honours) in political science, and secured the coveted Candeth Gold Medal in Political Science. After graduation, M R Pai worked as a sub-editor in the Bombay office of The Times of India for two years. He then went abroad to the University of California at Los Angeles (UCLA) to further study journalism. He also spent a year in the USA working as a journalist.

After his return to India, he worked for a short duration with the New India Assurance Company in Mumbai. He quit the company after its nationalization because he did not want to become a “government spokesman”. He was persuaded by FS Mulla, an honorary treasurer at Forum of Free Enterprise (FFE), to join and run FFE as an assistant Secretary and then later as Secretary.

At FFE, he was the full-time secretary between 1956 to 1976. His tenure saw him working under three Presidents- A D Shroff, Murarji Vaidya, and Nani Palkhivala. He resigned from the post in 1976 due to the fund crunch that was being faced by the forum. Post-1976, his association with the Forum continued in the role of honorary Vice-President. As secretary, he curated the “Directory of Speakers” comprising of pro-market speakers which he shared with other volunteer organizations. Both the economist D R Pendse and eminent jurist Nani Palkhivala owe to Pai for introducing them to the Indian public by providing the forum’s platform. Pai managed with efficiency the logistical arrangements for the famous annual Palkhivala lectures on the Union budget.

Pai’s advocacy of free enterprise at FFE was complemented by his consumer rights activism which strengthens his credentials as a liberty activist. His activism came out of the personal experience of getting a telephone connection which took him 11 years. The May 19, 1982 issue of the Mid-Day published a report titled “M R Pai gets a telephone at last”!

Pai’s activism was based on his extensive knowledge of rules, regulations and inner workings of various departments including Telephone, Post and Telegraph, Indian Airlines, Railways, Life Insurance, etc. He would deploy his extensive knowledge to challenge the wrongdoings of government service providers. The letters to editors also formed an integral part of his consumer activism. The Reader’s Digest cover feature on Pai described that “A typical Pai letter quotes from relevant sections of the law and is always without malice- brief and fair.” He wrote a column for the Tribune titled “Consumer Alert”. Another column titled “Beating the System” was published in “Bombay”, a fortnightly published by India Today.

He was a member and consultant to various leading companies of his time, including that of the Piramal group of companies in 1977 and Tata Consultancy Services (TCS) in its early days. Back in 1968, he started the Bombay branch of the All India Bank Depositors’ Association. Under him, the association ensured the provision of mandatory nomination facility for both bank accounts and provident fund. In 1989, he was a member of the Central government Committee to reorganize the telecommunications system. He was also a member of the RBI’s customer service committee and UTI’s social audit committee.

He passed away on 3 July 2003 due to a severe form of cancer. Soon after his demise, the board of directors of the Punjab and Maharashtra Co-operative Bank instituted an award in his honour.