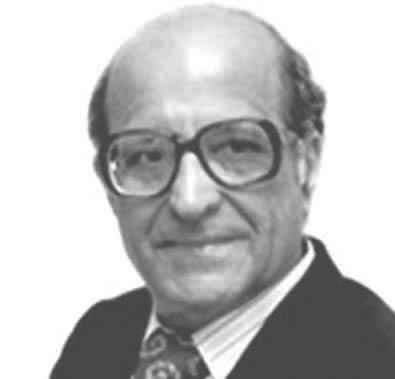 Nanabhoy “Nani” Ardeshir Palkhivala was born in 1920 in Bombay. Palkhivala’s higher education at St Xaviers’ College was a masters’ degree in English. He earned his law degree at Government Law College, Bombay.

Palkhivala began his law practice in 1946 in Bombay. His initial expertise lay in commercial and tax law. In 1950, he authored with Sir Jamhedji the influential The Law and Practice of Income Tax which still serves as a reference guide. The book was also used as the tax law draft guide by the IMF.

Over time, Palkhivala cemented his reputation as one of India’s most eminent jurists and an expert in economic affairs. His knowledge on matters related to the constitution and tax matters was unparalleled. Palkhivala’s legacy in the history of Indian democracy lies in his contribution to the famous Kesavananda Bharati vs. The State of Kerala case (1973). The case ensured that the basic structure of the Indian constitution is not altered by the legislature. In wake of imposition of Emergency in 1975, he successfully argued against the government’s application for reconsideration of the Kesavananda decision.

Palhivala’s defence of individual liberty and civil rights were visible in the cases that he fought, including Bank Nationalization, Bennet Coleman, St Xavier’s College, Privy Purses, and Minerva Mills.

During his lifetime, Palkhivala was also famous for his budget commentary, delivered every year from 1958 to 1994, following the budget presentation in parliament. The commentary was organized by the Forum of Free Enterprise and saw a shift in venues as the audience grew. His incisive commentary and great communication skills had the capacity to fill the stadium as people flocked to listen to his speech. His budget commentaries would often criticize the socialist policies of the Union government, drawing applause from the multitude of the crowd.

Palkhivala’s liberal activism was also manifest in his close association with the Forum of Free Enterprise. He led the Forum from 1968 to 2000 and stepped down from the post of president due to ill-health. To serve the cause of liberal democracy, Palkhivala founded the Jayaprakash Institute of Human Freedoms. The institution sought to strengthen the roots of Indian democracy and to carry the legacy of JP.

His limited association with the Indian state included an appointment as an ambassador to the United States in 1977 by the Janata government and an offer of the post of Attorney-General in 1968 which he eventually denied. He also argued for India in 3 cases in International courts, including before the Special Tribunal in Geneva appointed by the UN to adjudicate upon Pakistan’s claim to enclaves in Kutch; before the International Civil Aviation Organisation at Montreal; and later in appeal before the World Court at the Hague when Pakistan claimed the right to fly over India.

After his demise in 2002, Nani Palkhivala Memorial Trust was set up in 2004. The Trust, among other things, holds an annual memorial lecture which has been delivered by some of the most eminent public figures of India.