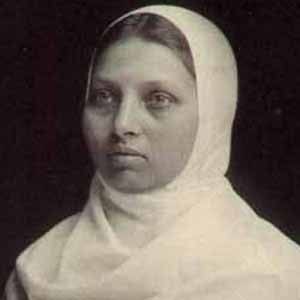 Pandita Ramabai (1858-1922) was a scholar, feminist, and educator who is known to have broken every rule and tradition that were known to confine the lives of women in India of the 19th century. She has been known to fight for the oppressed and persecuted classes of women. India during those times was known for the patriarchal arches that bemoaned the paths of every community. Pandita Ramabai denounced the very patriarchy and went on to reform the way women were educated, she went on to bestow their rights. Furthermore, she knew the importance of education and the avenues that it would open for women when given a chance. The 19-year-old Ramabai had been conferred the title of Pandita and Saraswati for her immense knowledge and wisdom for being a Sanskrit scholar of Western India. She went on to address women in areas across the presidency of Calcutta in regards to women’s education and emancipation. She was already a social reformer by 1836. Later on, she went on to give lectures on women’s rights across the world.

In 1882, she also went on to set up a women’s association in Poona, Maharashtra, namely the Arya Mahila Samaj for pursuing the idea of a progressive society. After traveling across North America, the American Ramabai Association was formed in Boston, and a subsidiary opened later in San Francisco in 1887. The main objective of the Association was to pledge financial support for a secular residential school for Hindu widows for a period of 10 years. In 1889, Pandita Ramabai opened Sharada Sadan (or Home for Learning) in Mumbai. The main objective of this endeavor was to empower young widowed women. She has been known to have been invited to testify before the Hunter Commission in September 1882, wherein she highlighted the then existent public hostility towards women’s education and focused on the need for more female teachers, inspectors, and women doctors. After this, the Kedgaon establishment, known as the Ramabai ‘Mukti’ [Salvation] Mission was set up in 1989 as a rescue home for sexually victimized women, old women, and blind women.

The patriarchal boundaries that Pandita Ramabai broke to achieve the foundations of rights for women across the country make her celebrated even today.