The following essay celebrates the life of Rani Rashmoni Das, an unorthodox reformer of 19th century Bengal. Das, a widow who belonged to a lower caste community, established a revered position for herself among upper caste reformers like Raja Ram Mohan Roy and Ishwar Chandra Vidyasagar.

19th century Bengal witnessed conflict between English aristocracy and elite Hindu priests and scholars. The priests perceived the increasing influence of the English as a threat to traditional Hindu society, and amped up the orthodoxy of rituals. This was, however, also a time of reform. Raja Ram Mohan Roy’s efforts had led to the abolishment of Sati. During this time, Rani Rashmoni Das, who belonged to what was deemed the lowest Hindu caste (Shudra), joined the reformist struggle.

Today, Rani Rashmoni Das is credited with the founding of the Dakshineswar Kali Temple, the construction of Babughat and Nimtala Ghat, and her philanthropic contributions to the Imperial Library and Presidency University.

Das’ husband, Raj Chandra Das, belonged to one of the wealthiest business families of British Calcutta. The couple spent a fair share of their family wealth and resources on public service and welfare infrastructure. They built metal roads, ghats, and potable water resources. With her husband’s support, Das was able to interact with reformers and intellectuals such as Raja Ram Mohan Roy and Ishwar Chandra Vidyasagar. Inspired by their works and beliefs, Das also became a prominent voice against child marriage, and submitted a draft Bill against polygamy to the British authorities. In widowhood, Das took charge of her late husband’s business. She devoted her life to bringing social reform for women and lower-caste communities, fighting against elite Hindu orthodoxy and the oppressive colonisers.

Das has also been hailed as a champion of the fishermen community in the Hooghly river region. In the 1840s, the East India Company imposed a tax on fishing boats as a means to reduce river traffic and increase revenue. Having had no help from the upper-caste landlords, who were unwilling to jeopardise their relations with the Company, the lower-caste fishing community turned to Das. She employed her pragmatism and business acumen to make the Hooghly and its usage more inclusive. Das offered ₹10,000 to the Company to lease a 10 km stretch along the river. She barricaded her zone for the fisher community to cast their nets. As the fishers flocked to the leased area, they met with a halt in passenger and commercial traffic on the Hooghly. They approached Das regarding the same, who then took it up with the Company. The traffic lowered the lease’s profitability. Das argued that as a leaseholder she had the right to protect any income generated from her property under British law, and if the Company believed otherwise, they could take her to court. Using the rule of law to protect her private property, she managed to get the taxes repealed and won free access to the Hooghly for the fishing community.

Das did not shy away from taking on powerful British aristocracy or influential Bengali entrepreneurs. One such example was Bengali entrepreneur Dwarkanath Tagore. The entrepreneur had taken multiple loans from Das’ late husband, which remained due for repayment. Das tactfully persuaded Tagore to give away two of his highly profitable estates, which she then used for inhabiting thugs and their families. This acted as a rehabilitation mechanism for the thugs, who abandoned their old ways to build fisheries and join fishing communities. For a lower-caste widow in 19th century Bengal, Das was the first of her kind to exercise such confidence and power in an orthodox, upper-caste, patriarchal and colonial society.

Her most famous contribution is the Dakshineswar Kali Temple, located on the eastern banks of the Hooghly river in Kolkata. The temple is today considered one of the holiest sites of Hindu pilgrimage. Legend has it, Das dreamt of the goddess Kali as she was on her pilgrimage to Banaras. The goddess called for a temple to be made in her honour on the banks of the Hooghly, and thus that was precisely the task Das undertook. In the 1850s, it was unheard of for a lower-caste widow to build a temple. Nevertheless, she acquired 33 acres of land for the temple from a Protestant businessman, Muslim landowners, and Hindu villagers. She did, however, keep intact a factory and water tank that belonged to the original plot.

Given her so-called lower caste and widowhood, the priests refused to accept the Dakshineswar Temple as a valid Hindu temple. They argued that Shudra women were forbidden from offering prasad to the deity according to the scriptures. However, the scriptures would allow for it to be considered a valid place of worship if the land was donated to a Brahmin priest, who would also install the deity. Das complied and set up what is today an immensely popular site in Hindu pilgrimage. The temple also became home to one of the most recognised Hindu philosophers and mystics, Ramakrishna Paramahamsa.

An icon in Bengali folklore, often hailed as the Shudra Queen, Rani­ Rashmoni Das made a place for herself among some of the most influential upper-caste men who led the social reform movements of 19th century Bengal. Das remains cemented in Bengali history through the temple, ghats, other infrastructural contributions, as well as her liberal outlook, individualism, and reformist efforts. 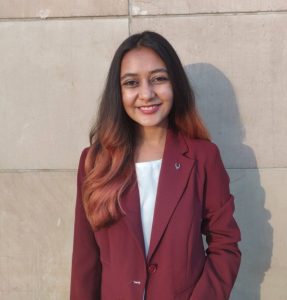