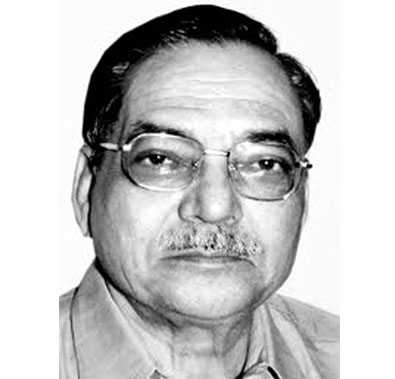 Sharad Anantrao Joshi was the liberal farm leader with a mass base in his home state of Maharashtra. Born in 1935, he completed his higher education from Sydenham College, Mumbai. His job stints included a lectureship in Economics and Statistics, University of Poona (1957–58), work at the Indian Postal Service (1958-68), and Chief of Informatics Service at the International Bureau, UPU, Bern, Switzerland (1968-77).

He left his job in Switzerland to start the organization to advance the farmers’ cause. Shetkari Sanghatana emerged as one of the largest farm groups in India. He was also the founder of the ‘ Kisan Coordination Committee (KCC)’ composed of sister organizations from 14 states. Shetakari Sanghatana is a non-political union of farmers formed to secure ‘Freedom of access to markets and technology.’ As its founder, he led several mass agitations on agricultural issues in India, mostly in the state of Maharashtra. He served as a member of the Parliament of India representing Maharashtra in the Rajya Sabha.

Sharad Joshi was also the founder of the largest organization of rural women “Shetkari Mahila Aghadi” (SMA), celebrated for its work for women’s property rights. Most notable was the Lakshmi Mukti program that has conferred land titles on lakhs of rural housewives.

In December 2005, he tabled legislation in the Rajya Sabha, demanding deletion of the word socialism from the Representation of the People Act of the Constitution of India. He was also a member of the Advisory Board of the World Agricultural Forum (WAF), the foremost global agricultural platform that initiates a dialogue between those who can impact agriculture.

He had been a columnist for prominent publications like ‘The Times of India’, ‘Business India’, ‘Lokmat’ etc., and also authored books on agricultural issues.