The Unwavering Feminism of Tarabai Shinde

Tarabai Shinde deserves to be known as one of the early feminists of India and a figure who espoused the cause of liberalism through her commitment to equal rights for women.

The nineteenth century India was characterized by increasing demands of social reforms in the country. Along with their male contemporaries, women like Ramabai Ranade and Savitribai Phule questioned patriarchal norms of the society. One such advocate of women empowerment and gender equality was Tarabai Shinde.

Little is known about the background of Tarabai Shinde. Born in the town of Buldana in Maharashtra, her family was a part of the socially elite Maratha community. Though she did not receive formal education, she learnt to read and write Marathi, some English and Sanskrit at home under the guidance of her father. She was an avid reader of the newspapers and kept herself abreast about the happenings in the society. Her father Bapuji Hari Shinde worked as the Head Clerk at the office of Deputy Commissioner for Revenues. He was associated with Mahatma Phule’s Satyasahodhak Samaj though the level of participation and involvement is unknown. Like the traditions of the times, she was married at a young age but her husband went to live in her household (gharjavai) which is unusual in a patriarchal society. She believed that a woman had the same value with or without a child and chose to remain childless in her marriage.

She rallied against the patriarchal code of honour and morals when the then controversial ‘Vijaylakshmi case’ came up in 1881. Vijaylakshmi, a young pregnant widow, killed her unborn child in Surat. She was awarded a death penalty which was later changed to life imprisonment. The orthodox newspaper Pune Vaibhav published a series of articles criticising Vijaylakshmi as the child symbolised the sexual relation she had, despite being a widow. The articles went on insulting women in general for their ‘loose morals’. As a response to these conservative articles, Tarabai Shinde penned her magnum opus- Stri Purush Tulana (A comparison between men and women) in Marathi. It is a scathing critique of gender inequality and questions the institutional gender inequality entrenched in the social institutions of that time. The booklet resurfaced only after it was republished by S.G. Malshe in 1975.

It sheds light on the shortcomings of society with reference to the rights of women. She not only put forth her views and arguments but also criticised narrow literature works like Stricharita, Manorama and Muktamala for defining gender roles, giving it a moral sanction and generalization. In a society that looks down upon prostitutes, she humanised them and understood their plight. She argued vehemently against child marriages, polygamy, and forced marriages. She advocated agency of women when it was unheard of.

Stri-Purush Tulana, which is addressed to all the men, raises many questions about the unjust practices prevalent in the society that leads to subjugation of women. Considering that it was provoked due to injustice handed to a widow, she underlined the issues of widows in great detail. At the very start, Tarabai highlighted the plight of widows and questioned the authority of men over women and the concept of ‘pativrata’ i.e. undoubted obedience towards husband. At a time when widows were treated unfairly, she spoke about widow marriage and their conditions.

The societal norms mandated that a woman would be deprived of her ornaments, hair and beauty and led into an isolated life after the death of her husband. The loss of husband would translate into her loss of the already limited rights she previously enjoyed. She would be considered as an ill omen and not be invited for the social functions. However, in case of the wife’s death, the husband was free to marry and live his life. Tarabai Shinde was aghast at this unequal treatment and challenged the men to undertake the same path as women. She traced this sense of superiority of men to patriarchy and money. While making a case for widow marriage, she argued that the death of a king without a male heir caused instability in the kingdom. If women were allowed to remarry, the woman would not lose her rights and the kingdom would be stable.

She also promoted the cause of education and firmly believed that education would help the girls to face the circumstances around them. The interaction of educated women would make their minds aware, critical, and averse to superstitions. The training would give them courage to make decisions and chart their own life- a change not everyone was comfortable with. She criticised the editors of Pune Vaibhav for being enemies of women and opposing change. At a time where even talking about widow’s marriage was considered as a taboo, she openly spoke about the sexual desires of the widows and wives ignored by their husbands. In case of adultery, she blamed the husbands for not keeping their wives happy. However, she argued for equal punishment for the man and woman for committing adultery instead of only penalizing women.

She critically evaluated the Shashtras and pointed out how the interpretations have been misconstrued to suit the patriarchal narrative. By citing instances from mythology, she illustrated the importance of a woman’s role in a man’s life as a mother and wife. Tarabai Shinde demonstrated the way in which women were blamed, in mythology and real life, for the mistakes committed by men.  She denounced the menfolk for doing lip service to social reforms in the country. She observed:

“You hold these great meetings, you turn up at them in your fancy shawls and embroidered turbans, you go through a whole ton of supari nuts, cartloads of betel leaves,  you use up a tank full of rosewater, then come home. That’s it. That’s all you do”.

Published in 1882 by Shri Shivaji Press and priced at nine annas, the booklet generated great turbulence. The orthodox community was visibly shaken by the publication of the booklet . The local newspapers ran targeted articles mocking her work. She was condemned by social reformers like Krushnarao Bhalekar and Narayanrao Lokhande who were colleagues of Jyotiba Phule. It is speculated that the widespread criticism forced her to disappear from the public eye after the publication of her only work. In the public realm, only Jyotiba Phule voiced his support for Tarabai Shinde and her thoughts. He authored an elaborate defence of her work in the second issue of its magazine, Satsar. Addressing her as chiranjivini, he recommended the booklet to his colleagues for understanding the charges she put forth about the ill-treatment meted out to women and to respond suitably. He lauded her courageous and original attempt in articulating her views.

Unfortunately, some of the criticisms she made during her times hold true even today. Her work was more of a reaction to the circumstances around her in a scathing manner. However, she argued rationally by calling attention to the problematic trends in society that have been accepted as status quo. Her thoughts on other issues are unknown as Stri Purush Tulana remained the sole work  authored by her. In the context of the times she lived in, the thoughts she articulated were way ahead of her times. The noted historian Ramchandra Guha opines that her writing deserves serious attention as it remains one of the most powerful pieces of social criticism ever written by an Indian. In a time where women received little or no education, she used her education to raise her voice to criticise the harsh gender realities. Reeta Kumari observes that throughout her arguments, she demanded gender equality and refused to accept the superiority of men. Tarabai Shinde deserves to be known as one of the early feminists of India and a figure who espoused the cause of liberty through her commitment to equal rights for women. 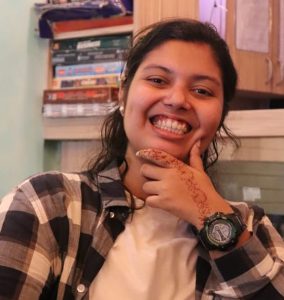