What is Fascism? By Minoo Masani 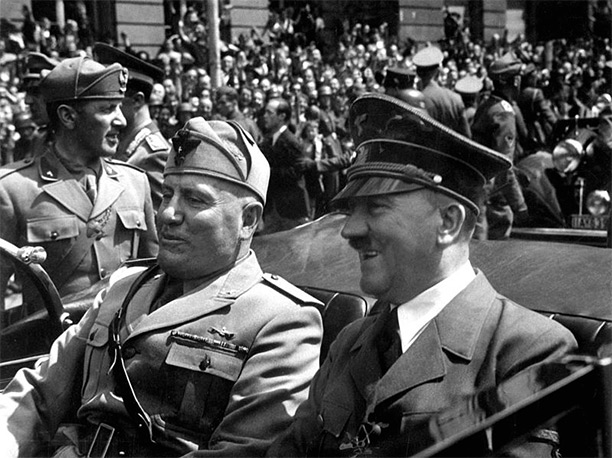 The following is a short article written by M.R. Masani and  published in the February 1975 issue of the Freedom First Magazine. Minoo Masani discussed the tenets of fascism, its pre-requisites and the various nuances under which it works. Masaani’s reflections on Fascism are timeless and are relevant to the discussion surrounding Fascism today.

Writing about the so called anti-fascist conference in Patna sometime in December the leftist Economic and Political Weekly wrote under the title ‘Innocents at a Conference’:

“Thronging the venue of the conference were people ignorant of such matters as the interests of contending power blocs, of the meaning of fascism and of the import of the goings-on in the one-square-kilometre of Lalit Narain Mishra Nagar.”

In this context, it may perhaps be useful to delineate the essential features of fascism so that it may become easier to decide who is a fascist. Fascism is a historical phenomenon that originated in Italy under Mussolini and developed in Germany under Hitler.

The essential features of Fascism may be listed as follows:

Fascism attempts by the manipulation of nationalist sentiment to impose a dictatorship whose basic slogan is “One Nation, One Party, One Leader.”

A Fascist dictatorship and its leader are above the Law and the Judiciary is in consequence reduced to subservience.

Fascism may tolerate some kind of mock Parliament which, however, is a tame instrument for rubber stamping its dictates.

There can be no question of a free press under Fascism and the press is placed under heavy censorship and is prevented from providing honest reporting or dissenting comment.

Opposition Parties are not tolerated and the leading opponents of the regime are deprived of their freedom.

The economic expression of Fascism took the form of the “Corporate State” in Mussolini’s Italy and “National Socialism” in Hitler’s Germany. Capital, management and labour are all subordinated to the dictates of the Government which professes to act in the national interest. Collective bargaining and the right to strike become a dead letter and Trade Unions thus lose the very purpose of their existence, though they continue to function in name. While private ownership in Industry and Trade is not altogether abolished, Industry and Trade function under very heavy controls and all economic power is concentrated in the hands of the rulers. In an editorial article on 2nd December, 1975, the London Times, while discussing the nature of Fascism, observed:

“There is therefore a characteristically corporatist transfer of rights or liberties from the individual to the corporate bodies concerned and to the state. Some people would say that this is indeed corporatism but not fascism, since fascism implies illegality. Yet if you control the State and pass laws which are binding on other people, and other laws which remove restraints on yourself, you are left with no advantage from illegality. All corporatism is oppression, because it is inherently anti-individual; in this sense, all corporatism is fascism.”

In such a regime, as Jawaharlal Nehru once wrote, “Fascism makes of the State a God on whose altar individual freedom and rights must be sacrificed”.

To justify all this, Fascism claims to have the monopoly of truth.

It follows from this that Fascism hates the intellectual and culture. “Whenever I hear the word culture”, said Goering, “I reach for my gun.”

This then is Fascism.

( The article was originally published here. )