Women and Liberalism : The Life of Ramabai Ranade

A distinctively liberal feature of Ramabai’s work is how all women, despite their social or economic background, were accepted in the Seva Sadan.

Ramabai Ranade was married at the age of 11, and according to the conventions of the era she lived in, her life should have been over with widowhood. However, Ramabai was not one to let society dictate. One of the most important social reformers of pre-independence India, Ramabai Ranade’s contributions have led to massive strides in the sphere of women empowerment. At a time when women were not to be seen in public often, and heard even less, Ranade’s life was nothing less than revolutionary.

Ramabai Ranade was born on 25 January 1863 in the Kurlekar family, in Maharashtra. Albeit living in an era when women’s education was not considered important, Ramabai was able to educate herself with the active support and encouragement of her husband, M G Ranade. Justice Ranade was a scholar, social reformer, and a founding member of the Indian National Congress. His ideals inspired Ramabai Ranade and she devoted herself to getting educated, despite the criticisms of several members of her family. M G Ranade taught her several subjects such as mathematics, geography and languages, himself. Ramabai was also greatly inspired by Pandita Ramabai, with whom she took English classes from a christian missionary during the former’s stay at the Ranade residence.

It could be said that Ramabai’s most important legacy lies in the field of women empowerment. Ramabai’s foray into activism began with her involvement with the Prarthana Samaj, which first exposed her to the ideas of social reform and its liberal undertones. Prarthana Samaj was a movement for social reform and conducted meetings and lectures that addressed several important issues, including that of women empowerment. Ramabai Ranade attended these meetings, and would pass on these ideas to other women during social gatherings. She utilised social spaces provided by ritual gatherings like kirtan to organise educational activities like essay writing and lectures that would further promote the reformist values among women.

Ramabai gradually developed her oratory skills and became a well-known public speaker. Her maiden speech was as the Chief Guest at Nasik High School, and since then she spoke in public on countless occasions, delivering simple and eloquent speeches in both English and Marathi. She also began to actively take on leadership roles, and established a branch of Arya Mahila Samaj in Bombay. She then went on to found the Hindu Ladies Social and Literary Club in the city. This organisation sought to train women in languages, handwork like knitting and tailoring, public speaking and other basic skills. Gradually she became increasingly involved in social service, which she’d initially engaged in due to M G Ranade’s influence.

After Justice Ranade’s death, Ramabai went into isolation for a year. But after this mourning period, she renewed her efforts as a reformer and an activist. She organised the first Bharat Mahila Parishad in Bombay, and became a regular visitor to the women’s wing of the Central Prison. She also visited the boys in the reformatory school and patients in local hospitals. During the famine of 1913, she organised relief in Gujarat and Kathiawar. She chaired the first session of India Women Conference, which was held in Bombay in 1904. She fought for the cause of the indentured labourers in Fiji and Kenya. She organized aid for female pilgrims visiting the shrine of Sant Dnyaneshwar. Ramabai also worked extensively to dismantle the system of child marriage. Until the very end of her life, she continued working to help a range of marginalised and oppressed groups, although the majority of her efforts were directed towards the cause of women empowerment.

Ramabai Ranade’s most liberal characteristic, it can be argued, was the manner in which she practiced her precepts. Her most significant contribution is considered to be the establishment of Seva Sadan, to the extent whereby evoking Ramabai’s name is today synonymous to referring to the Seva Sadan. Seva Sadan was initially an idea that B M Malbari and Dayaram Gidumal put forth, with the aim of providing women with the training to become nurses. Ramabai joined the Bombay branch, and later established a Pune Seva Sadan.

She worked very closely with this organisation and by the time she passed away, the Pune branch alone was training over a thousand women. This was a significant feat to have achieved during a time when even literacy among women was not considered important or even accepted in many circles. Many conservative men and women, in fact, actively opposed such organisations. Despite the prevalence of such prejudices, under Ramabai’s guidance the organisation expanded to include a Women’s Training College, three hostels and several new departments that focused not only on basic education, but also vocational and professional training for women. The Seva Sadan in Bombay acted as a home for distressed women, including widows. A distinctively liberal feature of her work is how all women, despite their social or economic background, were accepted in the Seva Sadan. In her times, even reforms and upliftment activities were largely biased towards middle and upper class women.

Eight other branches of Seva Sadan opened up across Maharashtra subsequently. The Seva Sadan encouraged economic independence among women through training women in activities like pickle making and basket weaving, in addition to nursing and other healthcare roles. Ramabai personally worked extensively to break prejudices surrounding working women, like in the case of the taboo surrounding female nurses touching male patients. Ramabai ingeniously combined several ‘traditional’ notions of womanhood such as the service involved in a woman’s role as wives and mothers, with more modern ideals of economic independence to enable women to transcend social barriers that prevented their entry to the public sphere of work.

Her role as a social activist in her later years focused on two main causes. One, extending primary education to all girls. Two, voting rights for women. Her work in these two aspects can be said to have been a major factor in liberalising Indian society as a whole, and in dismantling much of the oppressive structures of the patriarchy. Her almost single-minded focus on extending compulsory primary education to all girls can be credited with at least making a dent in the popular societal opposition to girls’ education. She established a girls’ school in Pune called the Poona Native Girls High School, which is incidentally the oldest Indian run girls’ high school in the country. Today the school is known as Huzurpaga.

On the political and civic rights front, Ramabai was at the forefront of organising the Women’s Suffrage Movement in Bombay in 1921-22. This was during the early stage of the suffrage movement in India, which can be said to have begun only as late as 1917 when the Women’s Indian Association was founded in Madras. The Association, under the leadership of Sarojini Naidu, raised the demand for including women’s suffrage in the new Franchise Bill that was being discussed by the Government of India at the time. Ramabai, along with other influential women, sent telegrams of support to the then Secretary of State, Edwin Montagu. Ramabai was, therefore, one of the earliest persons in the country to raise the demand for equal political rights for women.

Ramabai Ranade’s life and work can be read in her own words in ‘Himself: The Autobiography of a Hindu Lady’, written in Marathi and published in 1910. Like most things Ramabai had done in her life, she was the first woman to write an autobiography in the Marathi language. She details her experiences as a married woman and as a social reformer in this work. Ramabai was, ultimately, one of the most important liberal figures in Indian history whose work has brought about immense change in the conditions of Indian women. What makes her work even more inspiring is the fact that she did not have any precedence to draw upon; she was one of the first women in India to ask for political rights, support girls’ education and work for women’s economic independence. She was essentially one of the pioneers of the Indian women’s movement. Although she claimed to be nothing more than a shadow of her husband, whose own ideals and work initially inspired her to enter social service and activism, it is clear that her work has undeniably altered the social fabric of an erstwhile oppressive society. She grew up in a world where educating women would be laughed upon as a waste of resources, and she left the world after carving out space for women to stand up for themselves.

The idea of Seva Sadans, or the many women empowerment groups which Ramabai helped steer, becomes important when ascertaining Ramabai’s liberal credentials. She realised the role of civil society, community and entrepreneurship as the way forward for women and throughout her life engaged in harnessing the potential of women by making them economically independent as well as giving them a sense of individual dignity. 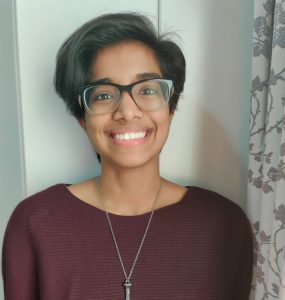 Devika Dinesh is currently a second-year Integrated Masters student at IIT Madras, who is as undecided about her major as she is about most things in life. However, amongst the few, rare topics in which she has a fiercely decisive stance is that everyone deserves to live in a society that protects and promotes their liberty. At Centre for Civil Society, she worked as an Intern as part of the Indian Liberals Project.