Women and Liberalism : The Life of Begum Rokeya

Her life was itself her message and although she never focussed on defining herself within an ideological spectrum, most of her life struggles were indeed integral aspects of the liberal tradition.

19th century Bengal is known for its renaissance movements that witnessed the awakening of intellectual currents in religious, social, cultural, economic, and artistic spheres. Begum Rokeya was one of the most prominent figures of the Bengali renaissance as she is considered the mother of Bengali Muslim women awakening. Rokeya Sakhawat Hossain also known as Begum Rokeya, was a litterateur, educationist, social reformer and feminist who worked tirelessly for the emancipation of Muslim women.

Her book ‘Sultana’s Dream’ is a rare feminist literature that imagined a utopia of an advanced scientifically developed society where gender roles were reversed; men were confined and women ruled the world. Such an extreme thought experiment was reflective of the condition of women in the era in which she lived.

Begum Rokeya was born on 9 December 1880 in a well-to-do aristocratic family in Pairaband, Rangpur in undivided Bengal. She grew up in an orthodox family, her father an orthodox Muslim only allowed women to learn Arabic and insisted that women maintain purdah.

But she had always been keen on studying and learning new things, and with the assistance of her brother, she and her sister Karimunnesa got to learn to read and write Bangla and English. Karimunnessa was an erudite poet but she got married at the age of 15 and this led to the end of her academic exercise and what might have otherwise been a career in poetry. Perhaps during this time, Rokeya understood education as an important tool for the liberation of women.

At the age of 16, her father arranged her marriage to a 40-year-old widower named Khan Bahadur Syed Sakhawat Hossain. He was a man of progressive ideas as he helped and made all the arrangements for her studies; with his help, Rokeya published her writings in Indian periodicals of that time. Her happiness didn’t last long as her husband suffered from acute diabetes. It led to his loss of eyesight and eventually to his death. But this trauma couldn’t become an impediment for her to work as an educationist and advocate for the cause of women.

After five months of his demise, with the help of money that her husband left behind, she started a school called Sakhawat Girls Memorial High School in Bhagalpur. But due to a family feud with her stepdaughter and her husband, she was forced to close it down. Then, Rokeya moved to Calcutta where she re-opened the Sakhawat Memorial Girls High School. During those times, society considered it unnecessary to educate women. It was a daunting task for Rokeya to bring girls to the school who were mostly confined in the four walls of their homes. Muslim women coming from privileged backgrounds were the only ones who were allowed for religious studies by their instructors and that too in seclusion.

Due to conservative influence on society, women of the time lacked self-awareness especially concerning their basic rights to be treated equally and with dignity. Rokeya understood this and her philosophy of education was mainly based on her personal experiences as she had experienced the condition of women in the Bengali Muslim community which suffered from the age-old traditions.

She was passionate in her approach towards equal access to education to women and firmly believed that education would lead to the awakening of women regarding their rights. When Rokeya started visiting the houses to convince parents to send their girls to school, she faced severe criticism from orthodox and religious Muslims. During those times, it was considered a heretical activity, she understood that awakening was not possible without triumphing over religious orthodoxy. Rokeya had profound faith in Islam and she believed that it is the men who misrepresented the teachings of Islam in a way to manipulate and subjugate women, and as a practising muslim she considered it her duty to correct this wrong.

In 1916 she founded the Islamic women’s organization named Anjuman-e-Khawateen-e-Islam. Through this organization, she offered financial and educational assistance to downtrodden Muslim women and raised the issue of Muslim women’s rights to the general public.

In this regard it is pertinent to mention her speech at “Bengal Women Educational Conference” : “I have been crying for the lowliest creature in India for the last twenty years. Do you know who that lowliest creature in India is? It is the Indian women…There are also people who feel for animals, so we see animal’s rights groups everywhere. If a dog is hit by a car, we hear an outcry in the Anglo-Indian media. But there is not a single soul in the whole of the subcontinent to mourn for incarcerated women like us.”

Rokeya perceived that men with their physical superiority have made women subservient to them and banished them from the economic zone. She identifies two main conditions for the subjugation of women: physical weakness and economic dependence. In her various works like “Istrijatir Abanati”, “Delicia Hatta” and “Padmarag” she advocated for the economic independence of women. Rokeya reasoned that without economic independence it was impossible to imagine women’s liberation. She wanted women to be educated, self-reliant, become good citizens, and contribute to society.

In one of her writings, Rokeya gave a clarion call to the women to rise and take their rights wherein she stated that “I know that it is not easy to rise at the beginning. I know too that society will create a huge fuss about it. I know that Indian Muslims will be inclined to “slaughter‟ us (i.e., condemn us to capital punishment) and Hindus will drag us to the funeral pyre or a fire of eternal affliction. (I also know that our sisters have no intention to rise.) But rise we must for the sake of society.”

In her various writings, she draws the comparison of both Muslim and Hindu women as to how they have been both subjugated by the patriarchy. In one of her books ‘Nari Puja,’ she depicts vividly the nature in which the purdah system has plagued and subjugated the women from both ( Hindu and Muslim) religious communities for centuries and how men have treated them like animals and sometimes worse than animals. She asserted the rights of women and wanted men and women to stand side by side in both material and spiritual spheres of life.

Begum Rokeya died on December 9, 1932. Her life was itself her message and although she never focussed on defining herself within an ideological spectrum, most of her life struggles were indeed integral aspects of the liberal tradition. Her commitment to uphold equal rights for men and women, her unwavering resolve to focus on economic independence of women and her use of civil society action as a tool for change, are all liberal values. The lives of women like Begum Rokeya need to be explored more in order to understand the socio-historical context in which liberal values shaped the progress of Indian society. Their focus towards establishing equality as well as dignity of the individual regardless of caste, creed, gender or any other similar consideration, are important lessons to recall and to emulate in light of the liberal struggle for freedom and opportunity. 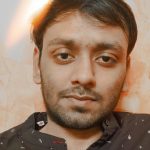 Anshu Singh Rathore is currently a 2nd-year law student at VIT School of Law, VIT Chennai. Apart from academics, he likes to read books, indulge in art and craft activities. A classical liberal who firmly believes in John Locke’s idea that ‘The End of Law is not to abolish or restrain, but to preserve and enlarge freedom.’