N. A. Palkhivala’s Views on Socialism 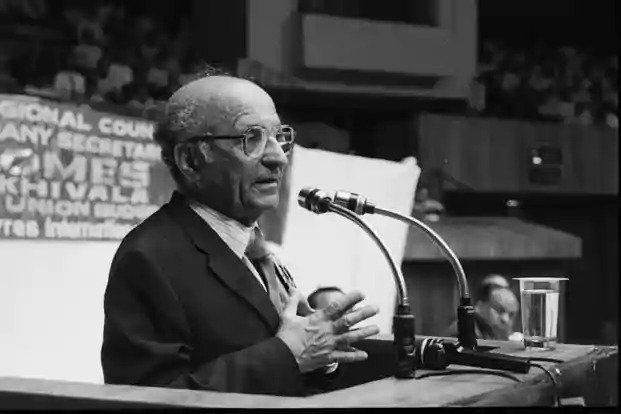 The following is an article published on March 10, 1966  in Forum of Free Enterprise’s booklet titled “Is Socialism Outdated?” The author Mr. Nani Palkhivala, in this article on “The Shells of Socialism”, discusses various aspects pertaining to socialism and State control.

A time of trouble is a time of imbalance and distortion; at such a moment mere words from men in high office can easily sap people’s morale and blight public confidence. Mr. Asoka Mehta’s convocation address to Saugor University, described as “his first major speech after joining the Central Cabinet,” contained such sweeping pronouncements of economic policies and was imbued with such political undertones that one wonders whether a university convocation address was the appropriate vehicle for conveying to the nation such portentous views of the Union Minister for Planning. If the speech did not reflect the collective thinking of the present Cabinet, it was a grave mistake to give a gratuitous jolt to the capital market, unnerve foreign investors and cast a pall of gloom over the national economy. If it did presage Cabinet action, we can only see ahead even dimmer days and shadows lengthening across the path.

The tragedy of India today is the tragedy of waste – waste of manpower, waste of industrial capacity, waste of talent, experience and the spirit of enterprise which could be harnessed to greater national purposes. The need of the moment is that the Government and the people, the authorities and the business community, should come closer together and work in harmony for the common good. The Tashkent spirit should be imported into the economic sphere, the spirit of mutual trust and understanding, mutual respect and consideration. Till then we shall not be able to get out of the quagmire in which we have been floundering so dangerously long. On the other hand, Mr. Asoka Mehta’s speech will only serve to widen the chasm between the Government and private enterprise. Perhaps the most disquieting feature of Mr. Mehta’s address was the unveiled threat to commercial banks. He contemplated the possibility of the State being “directly involved in the operation of these powerful bodies,” or, in plain words, nationalisation of the banking system.

In other countries, the issue of nationalisation is naturally decided in different ways by different political parties succeeding each other. But in our country, although the same political party continues in uninterrupted power with the same economic objects, fear and uncertainty grip the public mind because of divergent views publicly expressed by different Ministers from time to time. On May 22, 1964 Prime Minister Nehru assured the public that “there was no immediate question of bank nationalisation.” On June 5, 1964, Mr. T. T. Krishnamachari announced that “nationalisation should be the last step in any effort to control banks.” There was little justification for such State action in 1964; and there is less justification now. If our economy is not to be dogged by a growing feeling of insecurity and instability, it is imperative that on such a basic issue as bank nationalisation, individual Ministers should not air their personal views but that the Cabinet alone should speak as a body.

The State Bank of India (which is almost wholly owned by the Government) and its subsidiaries, account for 25 per cent. of the paid-up capital and 32 per cent. of the deposits of all Indian Scheduled Banks. They extend 29 per cent. of the total credit to the public and own 32 per cent. of all Indian branches and offices of scheduled banks. Thus, there is already a hard core of the public sector in the field of banking. Pragmatism, and not ideology alone, should dictate any further change in the structure of Indian banking. Under the Reserve Bank of India Act and the Banking Companies Act, the Reserve Bank enjoys as wide powers as are known to the central bank of any other country, for imposing general credit controls and selective credit controls on banks. The Reserve Bank has full powers-which it constantly exercises-of controlling banks’ :ending policies, the rates of interest to be charged to customers or to be paid to depositors, the size of loans to particular individuals or groups, the creation of reserves, and in fact controlling all banking activities. It is difficult to envisage what new laws Mr. Mehta has in mind as necessary to promote healthy banking.

Mr. Mehta referred to 650 accounts constituting roughly two-thirds of the total advances of the banking system. That shows that some companies, because of the size of their operations, have much larger requirements for loans than others. It does not prove unfair banking practice. If one looks at the figures of advances by the State Bank of India, which is in the public sector, they would make the same pat- tern. All successful socialist countries have big corporate bodies, whose borrowings, compared with the borrowings of smaller units are on the scale referred to by Mr. Mehta. India has already priced herself out of the world market and is going through a phase of abnormal inflation. Both these unhealthy features would be aggravated but for the functioning of big companies with large bank accounts. The trade unions of the United Kingdom expressly submitted to the Monopolies Commission in that country that they were in favour of big corporations since such corporations could give security of service, afford to pay better wages and at the same time help to hold the price line.

Not all the theories of economists, not all the wit of our Planners, can get round the ineluctable law of life-you cannot divide more than you produce. No doubt, rewards must be shared, but first they have to be earned; wealth must be distributed, but first it has to be created. What one sadly misses in Mr. Mehta’s address is that whereas there is no reference at all to the clamant need to increase production in the fields and in the factories, the emphasis is solely on increasing state ownership and widening state control as if that were a sure panacea for all economic ills. Are we sure that the bureaucrat’s love of power and zest for more power will be any the less detrimental to economic progress than the citizen’s love of profit? What public good is promoted by continuing control on textiles, with six months’ stocks accumulated with the mills; and what disasters have followed in the wake of decontrol of steel and cement?

Mr. Mehta referred to the desirability of “curbing the private sector monopolies”. This type of suggestion may be politically useful in that it conveys to the ill-fed, ill-clothed and ill-housed citizen that his economic plight is due not to official incompetence but to the anti-social activities of a few business houses; but it is not based on facts and is contradicted by the Report of the Monopolies Commission. In India enterprises can be brought into existence and they can expand and diversify under Government control and licence only; and there can be as much and as free competition as the Government alone wills.

When India faces the most acute food crisis of decades and our food production has to be increased by all proper incentives, Mr. Mehta suggests that the bigger agriculturists are unduly favoured and he favours a “trend towards making ownership of say, over ten acres of irrigated land uneconomic by levying heavy imposts upon such holdings.” It is impossible to see how food production will be increased, or what sound agricultural policy will be promoted, by such a levy. There is no doubt that a heavy impost which would render ownership of more than ten acres of irrigated land uneconomic would only aggravate the food crisis. Does our socialism primarily aim at filling empty stomachs with food or at filling them with the satisfaction that their neighbours are no less hungry than they are?

Mr. Mehta is reported to have said that the constitutional guarantee about the right to property made it difficult for “the forces of socialism to operate on the level of a change in the structure of private property”. The fundamental right to property at present exists in a most attenuated and abridged form: the adequacy of compensation paid for property acquired by the State is not even justiciable in a court of law. If this truncated right to property stands in the way of “socialism”, there must be something wrong with that brand of socialism. Mr. Mehta referred to “the spectacular tussle between the old capitalistic economic order and the new socialist order in India”, and ruefully noted the continuation of “a capitalistic economic order with a powerful hangover of a feudal social framework.” Such words are wholly unrelated to reality. So long as the official thinking of our planners is that a mixed economy like ours must tolerate the private sector as a necessary evil, and that the end of the private sector is merely private benefit and the end of the public sector alone is public good, there can be no hope of reviving the comatose economy.

Economic wisdom can never be reduced to an unbending system. Indian socialism, in the true sense, aims at reducing the disparity between wealth and poverty, and raising the standard of living of the people and giving them social security. In that sense, today every thinking mind must be socialist. It is important to remember that the Preamble to our Constitution does not use the empty label “socialist” at all, but uses the meaningful words, “justice, social, economic and political; and Equality of status and opportunity.” The concept gets distorted when one stubbornly adheres to state ownership as the only means of achieving the goal. You may adopt state ownership in areas where such ownership affords the only sure and safe launching pad; or you may tap the immeasurable reservoir of the people’s response and initiative, energy and endeavour, prosaically called the private sector. Socialism must be elastic enough to promote economic growth by drawing upon normal human instincts and incentives; otherwise, we shall be only planning for poverty and equal distribution of misery. It is trite knowledge that even Russia has awakened to the necessity of absorbing that heresy of capitalism-the profit-motive.

The quintessence of socialism consists not in levelling down but in levelling up. It strives to bring forth “the maximum gifts of each for the fullest enjoyment of all”. State ownership is to social justice what ritual is to religion and dogma to truth. State ownership and State control are the shells of socialism which were really intended to protect and promote the growth of the kernel; but rigid shells merely constrict its growth.-(Reproduced from “Economic Times” of Feb. 7, 1966, with kind permission of the Editor.)