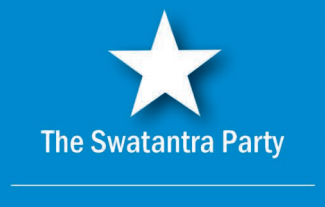 Produced below is an essay by Prof. G.N. Lawande, published in a 1961 edition of The Indian Libertarian. The essay dissects the forward-looking, reform-oriented manifesto of the Swatantra Party that argued against statist policies of the time.

The two year old party, namely, the Swatantra Party has just released its election manifesto to the press with a clear cut programme. What distinguishes it from other parties is that it makes no tall promises to the people in spite of the fact that its leaders are fully aware that there is little chance of its being voted to power. It will be welcomed by the intelligentsia of the Country because it is based on certain objectives and policies for which it will work, if given the opportunity. It is a challenge to the ruling party who by the acts of commission and omission and with a rule of dictatorship in the name of democracy has brought about misery, suffering and hardship to the people. In the preindependence era miseries and hardships were attributed to the British rule and it was expected that our national leaders would set the matter right but now the people have realised that the sufferings of the preindependence era were more enjoyable than the present ones. The British at least had some ideals and principles which are thrown to the wind by the present rulers.

“Hoarding and unscrupulous black marketing are resorted to as a social menace to keep the position and influence and the distressed are overlooked for the privileges of a few. Character is thrown to the winds as against wealth. Justice is getting blinder and there is growing of a wide disparity amongst individuals. Unemployment is on the increase, the able-bodied men have to beg and live on doles; honesty is more a disqualification for a peaceful living and all is in turmoil. The country is being driven towards Communism and communalism and the democracy we dreamt of is now only the concentration of power and responsibility in the hands of a few people supported by Yes men and if this state of affairs is allowed to continue teeming millions of Indians will have to face more and more miseries in times to come.” This is the sad experience that we are facing during the last fourteen years of Independence. This is mainly due to the fact that we have no strong opposition party either in the Centre or in the State. The various parties that exist today are not quite different from the ruling party and they have no proper programme and policies to be placed before the electorate for their support. The present opposition parties in Legislature are too weak and powerless. There is an urgent need to put a brake to the statism of the ruling party and the manifesto of Swatantra Party has offered the country “for the first time” with an opposition with a clear cut alternative way of governance which can take over from the present ruling party whenever the people call upon it to do so. The manifesto says “every voter who realises the importance of such an opposition and who does not want the all embracing statism of the Congress party will refuse to give it a fresh lease of untrammelled power, which would be tantamount to perpetuation of one party rule and will give their support to Swatantra Party candidates whenever they offer themselves for election, so that democracy may be safeguard.”

The manifesto says that the primary obligation of the Government is to provide man with food, clothing and shelter and also fuller employment, more schools, more minor irrigation projects and more small industries. It also gives top priority to clean drinking water, to rural areas and to housing in both rural and urban areas. It has also realised the supreme importance of the development of roads and inland water transport. The manifesto realises the urgent need of mobile ambulance facilities in rural areas. The leaders of the Swatantra Party rightly believes that all these objectives are within the reach of the country, provided the large funds which are now spent on spectacular and gigantic projects are properly utilised for the welfare of the common man.

At present the prices of consumer goods and especially of foodgrains are rising day by day and during the Second Five Year Plan they have increased by 42% and ruling party has miserably failed to stabilise them. The Swatantra Party rightly believes that the prices should be stabilised. It also promises that there should be a drastic reduction in heavy and reckless taxation and wasteful expenditure. It is against joint farming because of the official control that it involves and its conviction that individual ownership and effort will be more conducive to better results than collective ownership and organisation of production. It has also made attractive promises to the farmers. It promises abolition of land taxes except to the extent necessary for maintaining ownership records; support to an adequate level of agricultural prices relative to the prices of industrial commodities; establishment of insurance fund against natural calamities; adequate wages to the landless agricultural labour and protection of permanently employed labour in agriculture; speedy electrification in rural areas; establishment of small scale modernised industries in the country in order to absorb the surplus agricultural labour.

The manifesto of Swatantra Party is against Trading, bureaucratic controls, centralised planning and “extra constitutional dictation of the Planning Commission.” On the other hand it is in favour of the development of small scale industries, consumer goods industries, rural electrification and road transport. The party is against monopoly and concentration of economic power whether in the public or in the private sector.

From this it is quite clear that the leaders of the Swatantra Party have rightly realised the difficulties of the common man. He is suffering from the rising prices but greatest peril according to the manifesto is statism which has expressed itself in “permit-licence-raj.” This concentration of political and economic power has resulted in reckless and wasteful expenditure, spiralling inflation and blackmarketting. It is a fact that the ruling party has sacrificed the urgent needs of common man by adopting near communist planning. It must be admitted that the Swatantra Party is fully aware of the fact that it has to give a tough fight to a party well entrenched in the seats of power. It has to fight against the prevailing mood of the country in which large scale State intervention and initiative are taken for granted. This mood of looking up to the State for everything has to be changed if a libertarian society with minimum of state control is to be achieved. The chief merit of this manifesto lies in the fact that it has refused to make impossible promises in a bid for popular support. The manifesto may not have glamour but to say that it is uninspiring is nothing but nonsense. The party does hope not to come to power in the immediate future but to play the role of “missing component in the democratic framework of our national life.” In other words it seeks to function as a strong Opposition Party which will serve as a check on the growing statism of the ruling party.

The manifesto is a challenge to the people because it is based on different outlook and ideology. It may be called a manifesto of Opposition and not the manifesto of Government. Economic development of our country cannot be rapid unless the present trends are reversed and that can be done only by Swatantra Party as a strong, vigilant opposition party. Economic development in India requires both accelerator and a brake. The public sector has provided an accelerator by increasing purchasing power through deficit financing and now time has come to apply a brake and a wise and intelligent voter will recognise that Swatantra Party in opposition is quite essential at this stage if the individual liberties as guaranteed in the Constitution are to be safeguarded. It is the duty of every voter to cast his or her vote in favour of Swatantra candidate. That is the only way to allow our democracy to function properly.

One must congratulate those who have framed the Manifesto of the Party because “in that they have concentrated in a concise form both a philosophy and a plan of action which is new to Indian political life. It is hoped that it will have significant success at the polls to achieve its prime function, namely to place a brake on the monolithic power of the Congress effectively to promote individual effort and freedom.” The party is to be judged by what it offers positively and this Swatantra Manifesto is a unique one because it has not only indicated what it will do and what it will not do but also how it proposes to implement its promises. It is the manifesto that will lead our country to prosperity through freedom. An impression is gaining ground that Swatantra Party is against Planning, foreign aid and development of heavy industries. But a careful study of the manifesto shows that it tries to show to the public the shortcomings of the approach of the party in power on a number of issues and to suggest workable alternatives such as would not offend the traditional and spiritual values that have always been prized by the people of this country.

“However impressive the manifesto of a political party may be, its import and implications cannot be expected fully to percolate to the man in the street or the people in the remotest village. The voting will not therefore necessarily reflect an appreciation or understanding of the manifesto but it is bound to reflect at least in part, in the disapproval of certain policies and actions of the party in power, and if the section registering such disapproval is sufficiently large, the feeling in business circles is that it is probable that the political party benefitting largely by this will be the Swatantra Party. It would then be for the Swatantra Party to prove how effective as an opposition it will function. For it is not only the leaders and spokesmen of the Swatantra Party that want an effective opposition but all lovers of parliamentary democracy generally.”

We are sure that manifesto will infuse courage in the minds of the electorate and we have no doubt that a large number of voters will vote in favour of the Swatantra Party because it will lead the country to prosperity without destroying the individual liberties. All lovers of freedom are therefore required to cast their votes in favour of Swatantra.