The following essay celebrates Ramadevi Choudhury’s tremendous contributions to the Indian independence struggle. Among her many efforts was the role she played in Gandhi’s Salt Satyagraha. Choudhury also dedicated a significant share of her life to Harijan welfare, community betterment, and the eradication of untouchability.

In the early 20th century, India was witness to historical landmarks called for by Mahatma Gandhi. Under his leadership, thousands of people participated in key movements on the way to win independence for India. These struggles would not have been as phenomenal as they were, if not for the support from grassroots leaders, the rural and urban poor, the uneducated, women, and other marginalized sections of society. Among the women who devoted themselves to the freedom struggle following Gandhi’s methods was Ramadevi Choudhury – one of the most admired names in Odia history.

Choudhury was born on December 3, 1899, to Gopal Ballav Das and Basant Kumari Devi in Cuttack. Her career as a freedom fighter and social reformer was influenced by her aristocratic family background, as well as her uncle Utkal Gaurab Madhusudan Das – a renowned lawyer, social reformer and public figure. Brought up during the Swadeshi Movement, her life too was majorly guided by the teachings of the philosopher, Sri Aurobindo, along with activists and leaders such as JP Narayan and Vinoba Bhave. At the age of 15, Ramadevi got married to Gopabandhu Choudhury, who at the time worked as a Deputy Collector. He later resigned from office to join the freedom struggle in 1921, with his wife. The same year, they joined the Indian National Congress.

Ramadevi was profoundly inspired to join the independence movement after attending a meeting of forty women at the Binod Vihari Temple in Cuttack. The meeting was addressed by Gandhi, whose non-violent methods gathered popularity especially among Odia women. Additionally, it is recorded that this meeting marked the first instance of Odia women attending a public gathering, as well as the first occasion when a leader of a high political stature as Gandhi addressed Odia women in a separate meeting. In the following years, Ramadevi attended the Indian National Congress’s Gaya Session, with her contemporaries such as Hiramani Devi, Padmabati Devi, and Sarala Devi.

In 1930, Ramadevi was an active participant in Orissa of Gandhi’s historic Salt Satyagraha. She marched to Inchudi and Srijang along with other women to express their dissent against the salt tax. Women formed an essential component of the salt satyagraha. According to Gandhi,

“The impatience of some sisters to join the good fight is to me a healthy sign. In this non-violent warfare, their contribution should be much greater than men’s. To call women, the weaker sex is a libel. If by strength is meant moral power, then woman is immeasurably man’s superior”.

In fact, Ramadevi, Sarala Devi, Malati Devi and other activists are credited with triggering spontaneous participation of women in large numbers, by campaigning from door-to-door. By the end of 1930, she and her colleagues had been arrested by the British. However, this was not Ramadevi’s first skirmish with the British government that led to her imprisonment. She had also been arrested in 1921, 1936, and 1942.

Women’s participation in the public space, that too in the political sphere, continues to be low. The male-dominant field remains inaccessible to many due to social customs and taboos. However, an effective tool to encourage women’s participation in the public sphere is increased engagement between women leadership and women at the grassroots. Along with her contemporaries, Ramadevi successfully helped women at the grassroots see political spaces as an accessible and essential part of their lives. This increased participation of women in turn inspires many other women from all over the country. This eventually also succeeds in shedding light on gendered intersections on a multitude of issues, that a male point of view could overlook

Following the Gandhi-Irwin Pact, Ramadevi was released from jail and in 9132, she became involved in Harijan welfare, community betterment, and the eradication of untouchability. For the same, she established the Asprushyata Nibarna Samiti, later named as the Harijan Sewa Sangh. Nearly fifteen women participated in the anti-untouchability work. Their work was focussed on mothers, whom they believed to be the most powerful agents of change. Along with Ramadevi, many women joined Gandhi’s Harijan Padyatra at Puri, in 1934. Ramadevi particularly received the admiration and awe of Gandhi.

“I have marvelled at how Smt. Rama Devi and her girls have discharged themselves during the tour, which was undoubtedly pleasant and easy, had undoubtedly its trials. But these ladies have not known what fatigue is? Nowhere have I seen anything quite like what Smt. Rama Devi and her little band have been found to do so gracefully and so naturally. They have never needed or claimed any special privilege”.

Along with Gandhi, Ramadevi was also closely involved in the Odisha visits of Jawaharlal Nehru, Kasturba Gandhi, Maulana Azad, Rajendra Prasad, and Sardar Patel. Following Gandhi’s motto, Ramadevi and her husband set up an ashram at Bari, called Sewaghar. The ashram focussed itself on social and economic upliftment of those in the rural areas through various programmes. These programmes included the introduction of progressive missions such as promoting Khadi, anti-untouchability campaigns, education, prohibition, adult literacy, and agricultural work.

The Quit India Movement in 1942 witnessed the arrest of Ramadevi and 23 other women in Odisha. The British also declared the ashram illegal. Post her release in 1944, Ramadevi devoted herself towards the promotion of Khadi, skilling and training women, and basic education. Following Kasturba’s death in the same year, Mahatma Gandhi assigned Ramadevi to be the representative of the Kolkata chapter of the Kasturba Trust.

After India’s independence, Ramadevi’s career as a reformer was dedicated to Vinoba Bhave’s Bhoodan and Gramdan movements, which sought to bring about reform through land donations from wealthy landowners to the landless. She also joined the Sarvodaya movement started by Bhave, which encouraged people’s self-organisation during the 1950s and 1960s. As advocates of Bhave’s philosophy, Ramadevi and her husband also travelled 4,000 kilometres on foot to propagate the message of giving land to the landless and the poor.

Though her involvement in social movements up until India’s independence was largely centred on the opposition to the colonial government, she examined economic inequalities through these land reform movements. Based on Gandhian principles, she believed in the all-encompassing definition of swaraj or self-rule. Her efforts made it evident that she did not feel that swaraj was restricted to self-rule in solely political terms. Movements such as the Bhoodan and Gramdan served as a vehicle for her drive to achieve socio-economic swaraj.

She also established the Utkal Khadi Mandal, a teachers training centre and a balwadi at Ramchandrapur. Her other establishments also include a Tribal Welfare Centre she set up in 1950 at Dumburugeda. Along with Malati Devi, she also provided assistance to those affected by the famine in 1951 and undertook relief work in Kolatpur. Despite her stress and strain, Ramadevi was also actively involved in providing support and aid to the soldiers affected by the 1962 Indo-Chinese War.

During the Emergency, Ramadevi expressed her dissent against the government by bringing out her own newspaper, The Gram Sevak Press. The publication was founded along with Harekrushna Mahatab and Nilamani Routray. The Gram Sevak Press was banned by the government during this period, and Ramadevi was arrested with other leaders from Odisha, such as Mahatab, Manmohan Chowdhury, Annapurna Moharana, Jaykrushna Mohanty, Nabakrushna Choudhuri, and others.

In the later years of her life, Ramadevi also established a primary school called Shishu Vihar and a cancer hospital in Cuttack. As a way to honour her undying efforts towards community betterment and her incredible contributions in the freedom movement, she was nominated for the Padma Shri. However, Ramadevi declined the honour along with various other such recognitions from numerous organisations. She declined these honours and recognitions as she believed that her work to eradicate infringement and oppression was a continuous effort.

She passed away on July 22nd, 1985. However, her legacy lives on through the thousands of lives she helped reform. Ramadevi also remains memorialised through a museum established in her honour at the Rama Devi Women’s University in 2015.

Maa Ramadevi, as she is known in Odisha, has too been one of those women whose contributions in India’s history remain relatively obscure. The Gandhian movement became a landmark across the globe not only due to its philosophies, but also due to the unrelenting efforts of women like Ramadevi. They ensured that the movement reached every marginalised section of the society. Ramadevi, along with her contemporaries, led India on an inclusive path to independence, and also to a progressive future that is free of caste-based evils. 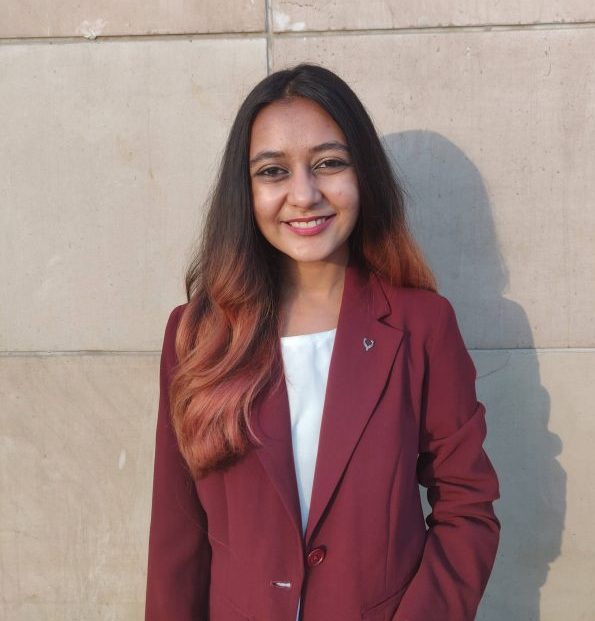